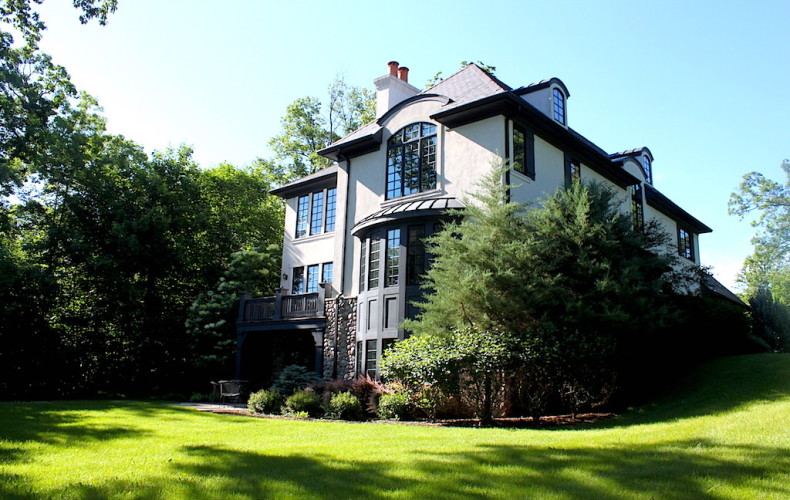 As I grow more distanced from my youth, I remember things as though they happened on a movie screen. I remember being dropped off at the limestone steps of Northwestern Military Academy, the scene looking like a Wes Anderson score painted gray and brown. I remember walking up to the oversized door, but not before I took a deep breath to ready myself, to steady myself. It was just me and a friend or two from school, and since our small private school offered no course in Driver’s Ed, we had to take it somewhere. That somewhere was Northwestern. I remember the rotunda, smaller inside than it appeared it should be when viewed from the outside. The second floor balcony circled the space.  The three of us from the other school walked down the hallway, and I distinctly remember catcalls and whistles, directed, presumably, at the girls from my school. We found the room, escaping the watchful stare of the second floor balcony gawkers. We exhaled. We did this for however many weeks it takes to complete Driver’s Ed. It was a strange experience, and in my recall I can watch that scene unfold and it hardly seems as though I was the leading character.

This was my first experience on the grounds of what would become the South Shore Club. I played basketball in the gym there, against those cadets who, in the later years of the academy, hailed mostly from Mexico City. That year would have been 1994, and my presence there was more than the venerable academy could take. The school closed those oversized doors a year later, transplanting the cadets to a new campus near Milwaukee. The property sat abandoned for a few years, until the South Shore Club developers took control in the late 1990s and transformed the grounds into what it is today.  I lament not spending more time near that property during those late 90s years when it was unoccupied

But that was then and this is now, and the story that played out on those grounds between 2002 and 2015 has been well documented, especially here on this site. The short story, for those who have shamefully been absent from the discussion, is one of a new development. It’s one of a fast start, a soft middle, and a restructured price range that finally hastened the completion. The club is now complete, it’s done. There’s nothing more to see there, nothing left to do. Maintenance projects now take the place of construction projects, and nary one or two new builds are expected to take place there in 2016. The years of action in the club were 2012, 2013, and 2014. Not coincidentally, those were the years where I was at the helm of that previously wayward ship. Prices were adjusted, a new pitch was adapted, and those three years were significant. Aged inventory was cleared form the market, distressed inventory was sold off and replaced with strong ownership, vacant parcels were sold so they could no longer drag on the values of the built homes. The hard work was done, and when 2015 started there was very little left to do.

Very little, but still something. There was a home on Forest Hill that hadn’t yet sold, even though it languished on the open market for years. It was my listing. The price structure was never right, first in the threes, then every part of the twos, then the upper ones, before settling and closing in September at $1.45MM. Next door, the only other pieced of aged inventory, this of a vacant parcel that sold originally in the $800k range, back in the early 2000s when that seemed like a good idea. I brought a buyer to that last lot, and it sold for $420k.  2015 was a year of market inaction at the South Shore Club, but the only goal it wrote down at the beginning of the year was complete by October: Sell anything that remained.

The sales closed, the building rush of 2014 now just about over, the market looks to 2016. What will it hold? Will the South Shore Club rest now, finding the pause that it’s so badly needed for the last 14 years?  That would be the best possible scenario for the Club. Rest. Enter 2016 without available inventory, and spend all of 2016 without inventory.  Appreciation is driven by demand, and demand is fanned by absence of supply. If the SSC can withstand the urge to introduce properties to the market, it will cement itself as a desirable, and rare, commodity. If, however, it enters 2016 and some owners who got in right look to capitalize on their prior, timely investment, then the SSC will see new inventory. This is not what I’d like to see happen, but this is what I expect will happen. The temptation of a strong market will be too great for some owners to ignore, and built inventory will return to the market in 2016.

Will the prices be so much higher than they were? Will this brief absence of inventory mean prices have risen dramatically? No, of course not. It means the price structure that I suggested in 2012 is still largely in place, though adjusted upwards because the uncertainty of where that market goes has been removed. Expect homes on the lakefront to be sold in the high threes or perhaps low fours. Expect inventory from the lake back to the pool to achieve $2.5-3.5MM, the high end of that range only possible for exceptional homes. Beyond the pool, $2.2MM to $3.5MM is expected, the wide range reflecting a wide variety in the quality of the built homes there. Lastly, expect the Forest Hill properties to be anchored in the $1.6MM to $2MM range, which is where they always belonged. 2016 should be a terrific year for values in the South Shore Club, but the association would be better off ignoring the temptation of inventory. It’s time for the South Shore Club to rest.