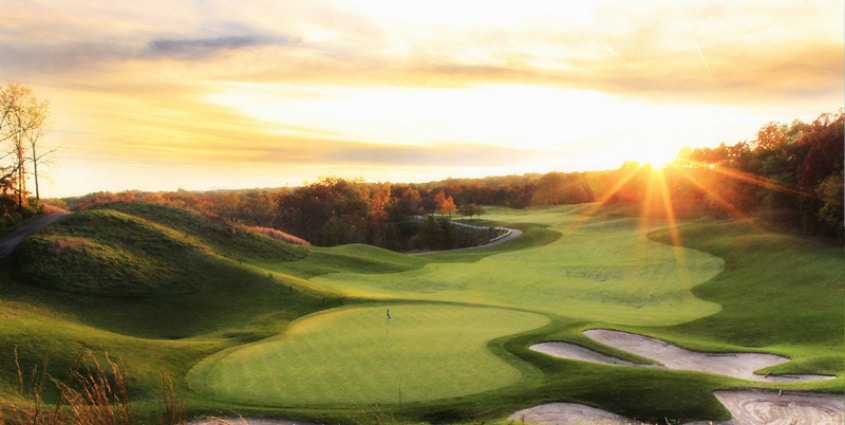 Ah, yes. Geneva National. The single greatest argument against Walworth County growth that I, or anyone, has ever made. Growth, it’s good, they say. It’s a necessity of life, like breathing and tacos. But it really isn’t. It might be good initially, for the mattress salesmen and the carpet installers, but over time, spurts of growth generally cannot be maintained in low population locations. There was a spurt of growth in a small town of Arena, Wisconsin. Perhaps it was Mazomanie. There’s a new commercial building on the main drag, shiny and bright. Vacant as vacant ever was. It’s for sale now, the restaurants long ago gone. Nothing there to take their place. Sure, growth dictated that the building initially be built, but the community lacks the ability to maintain the vestiges of that growth once the cycle slows. This is the problem with Geneva National.

When times are good, as they are now, things are fine. Things are never terrific, just fine. Today, Geneva National is fine. The inventory is low, which is the single best condition for GN. There are just 70 listed homes and condominiums. There are an additional 11 properties pending sale. All of this is good. What’s not so good for current owners and sellers is the pricing. Consider a little house on Saratoga. I lived on this street once. It’s a nice street. The house is listed at $599k and is pending sale. It’s the most expensive property in GN to be listed as pending sale this morning, which is a side- topic for a different paragraph. The house sold in 2007 for $750k. 10 years have passed, the market on the lake and near the water has recovered most, if not all of its losses from the past crisis, and yet Geneva National properties remain stuck.  Geneva National is struggling through the end of its lost decade.

But perhaps this is just anecdotal. Maybe it’s not all like this, right?  There’s a house on Edinborough pending sale. That’s a nice street, what a noble name. That house is listed at $347,500 and is under contract for a number that is, presumably, somewhere near that price. The house sold initially in 1995 for $375k. In 1995, lakefront homes on Geneva were selling in the $400-500k range. Those lakefront homes have appreciated 300% over the years, while Geneva National properties have found a way to decline over the same tenure.  Not good.

There are currently 11 homes listed for sale over $700k. That’s not a ton of inventory for a development this large, but it’s tough when not a single home in GN has closed (per MLS) over $600k all year. 44 homes and condos have closed this year in GN, outpacing the 38 sales YTD for 2016. That’s a good sign, but the weak performance at the top end, and the lack of appreciation at all segments is the issue here.  Last year, three homes sold over $600k, and even that was anemic. Does Geneva National offer a buyer a good value? Yes. Would I be a buyer in GN right now? Yes-ish.

I’d be a buyer of the condominiums in built enclaves. I’m not a buyer of something new in an unfinished section. This isn’t unique to Geneva National, this is my standard for any purchase, anywhere. Why buy into a segment that is possibly more sensitive to a  softening of the market? Why buy and leave your investment up to the future whims of the developer? I  like the idea of buying in stable segments with a pattern of sales that allows me to feel confident in my purchase. I want to buy something that cannot easily be replicated. Would I buy an existing house in GN right now? You bet I would. But I’d be looking for value in the sub-$550k price range, or over that I’d be considering homes that I can buy well below current replacement costs.

I love Geneva National. Because of this I want it to succeed. Sadly, the only way it will succeed is if future development stops and the existing inventory is absorbed. As long as GN keeps building new products, the existing products will find themselves in a tough spot. But growth is good, the simpletons scream.  They’re wrong, and Geneva National can prove it.