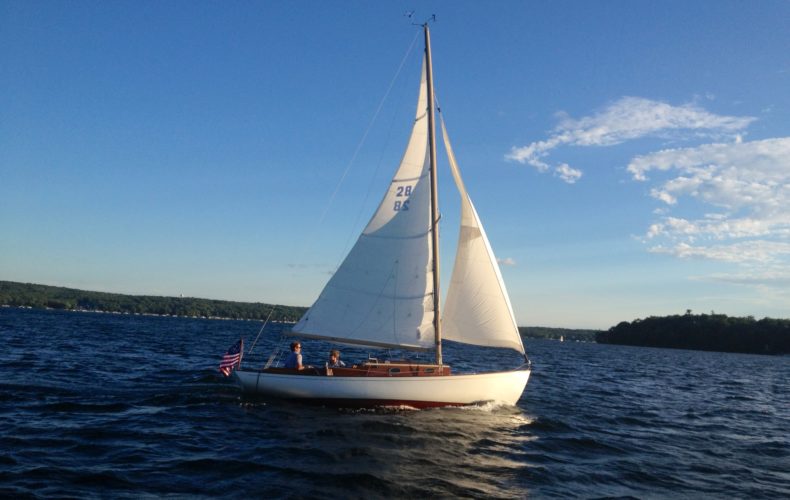 If you were a buyer in 2002 and you called me to look for an entry level lakefront home, we would have been able to secure private frontage between $900,000 and $1,250,000. If you called in 2005 to find an entry level home we would have been able to find lakefront in the same price range. As a point of fact, excepting most of 2008, that price range would have bought private frontage on Geneva Lake from 2001 through 2018. That’s a long time to have a stable entry level price range at the lake, and even though the upper reaches of the markets were able to push through previously restrictive barriers (notably the $5M mark, which, as strange as it seems today used to be a very difficult price to exceed), the entry level market was stuck around one million dollars for most of the past two decades.

Because of this, the off water homes with slips or other unique lake access amenities (views, etc) were similarly stuck in a fixed price range. The reason for this is obvious, but seemingly no longer well understood. The way to understand all pricing at the lake is to look to the entry level lakefront pricing. If $1.25M could buy private frontage in 2015, then a home off water with a slip would have a hard time selling in excess of $1.25M. That’s because the goal is lakefront. There are owners who pretend they’d rather live up the road from the lake. There was an old man who lived near my parents’ home in the Loch Vista Club. He lived up the road and would tell me often that he had a chance to buy my parents’ lakefront home but he didn’t want to live on the lake because it was too “noisy”. When I was thirteen I figured he was lying to disguise his envy and now that I’m forty-four I’m absolutely sure of it. If $X is the price to buy lakefront, then something less than $X is the appropriate valuation for something without lakefront.

You can see this playing out in the market right now. If a lakefront home on Bluff Lane was listed by me for $2,695,000 (and sold), how could homes without private frontage sell for more? They generally can’t, and they generally won’t, and that’s the key to understanding values for homes that do not own their own shoreline. Understand this and you’ll start to understand the proper valuation spread between lakefront and lake access.

But what about that stalemate in the entry level market for all of those years? Why was that the case? The upper bracket on the lake pushed higher in 2016 when I represented some marquee properties (notably, Stone Manor and the $10M Pebble Point lakefront I sold), so why didn’t the entry level market follow the rest of the lakefront higher? The answer here again is to understand the market most closely associated with the entry level market, which would be the market priced between $1.5M and $2.5M. In that segment during the 2010s a buyer wouldn’t be able to purchase a uniquely wonderful home, but they could buy a nicer lot. Case in point would be the homes I sold on Lackey Lane in 2015/2016. Those homes sold as tear downs just under $2M. The 100′ level lakefront homes were only worth around $2M then because a new home built on those parcels might only be with $4-5M, with $5M at the time being a very difficult barrier to break through. If a 100′ lakefront lot that was capable of supporting a $4.5M future valuation could be bought for $1.925M, how could a 50′ lot on an entry level street that might only support a future valuation of $2.5M sell for more than $1.25M? It couldn’t, and so it didn’t.

And then something happened that changed everything. No, it wasn’t Covid. It was a series of spec homes in Cedar Point Park. It’s well known by now that I dislike the separation of lakefront lots and the construction of large homes on newly created small lots, but let’s set that personal bias aside. Between 2018 and 2021 there were four spec homes built on the lake in Cedar Point. The first two were built on 100′ lots and those subsequently sold in the high $3Ms. Those were big prints in 2018 for relatively shallow Cedar Point lots. Once that two-home project was successful, another two lots were developed, but this time the lots were smaller at 62 feet, and the prices were close to $5M. When both of these homes sold the market realized something that would change the entry level lakefront pricing, likely for good: Entry level homes with shallow and/or narrow parcels can, if the setting is right, support valuations around $5M. If entry level neighborhoods can now host built values in the $4-5M range, then the old cottages on small hillside lots no longer need to sell for $1.25M. They can now sell for $2.5-3M, and still allow a purchaser to improve the parcels and feel comfortable that they have not over-improved their location.

Moving forward, even if the market pauses for the foreseeable future and valuation gains modestly decline or at least return to a typical, historical pace, I think we can expect the entry level on Geneva Lake to remain in that $2.3-$3M range. This doesn’t mean every setting can support a $4-5M new build, don’t forget, but it does mean that we are indeed running out of entry level lakefront inventory and the pricing should stay stable to reflect the scarcity. If you’re trying to understand the lakefront and lake access market, you should look to the entry level lakefront market and gauge those valuations and activity. Or you could just stop trying to figure it all out on your own and work with me. That’s probably easier.