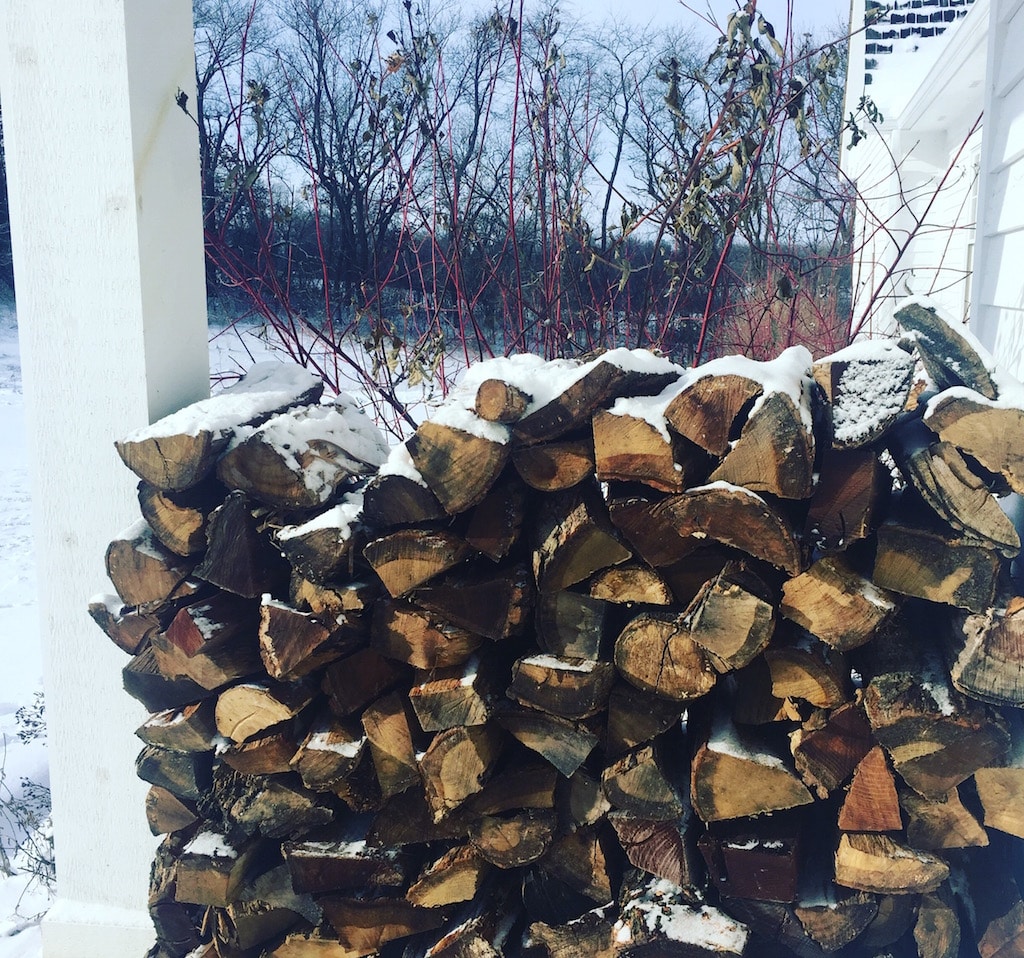 I can see the cold of this winter through the window in my house. All of the windows face this cold, but one window in the living room is the window I’ve chosen to look out of more than the others. This is a very fine window. It’s white and it’s wide, facing the cold and the snow and the pencil drawn tree line in the distance. I looked out this window a few days ago, at the dull of the sky and the honed white ground, and I decided I should go outside.

I knew it was cold out by the way the birds chattered about on the feeder. They weren’t lazily pecking at the suet like they would in the summer months, rather they flew up quickly and pecked quickly and then flew back, quickly. Where they flew to I cannot be certain. I guessed that it would be just as cold where they flew to as it is at the feeder that they nervously and hurriedly pecked at. They like the sunflower seeds more than the other seeds, so much so that they whole field of sunflowers I had planted and left to whither on their stalks have been pecked clean of their seeds. The birds did this, ruthlessly and efficiently,  and they’re cold no matter where they fly. They can’t escape it. It’s too late now to try to fly south.

The snow was crunchy under my boots, which wasn’t a surprise. It’s always crunchy. When walking outside in the winter, it’s the crunch that we’ve come to expect, and so I, too, expected to step and crunch, crunch and step.  I walked over to the pile of wood. What a magnificent pile of wood it is, oak and walnut and wild cherry.  I had expected that I would chop so much wood on that day, that I would take up my axe and swing it until I could swing it no more. I thought I would reduce that messy pile of wood to a neatly stack.  At first, I swung with vigor, my hands and face cold, the birds watching from the brush, my boots shifting with each swing, crushing the clean, white snow.

I carried on for some time, but really for no time at all. It was cold. Through that window I could see the warmth of the inside, the glow of the fire reflecting and dancing and teasing me.  I steadied my swing, and aimed and swung, the blade wedging through some pieces with ease, while other pieces were more belligerent and refused to yield, no matter how hard I swung, or how true my aim. I was colder, still.

I paused to listen, to hear the sounds of winter, to look towards that window and then away from it, to the sky and to the brush and the brown scrabbled tree line where the birds hid from my view. It was silent. My breath puffed into the air like I was smoking the finest cigar on the warmest island beach. There was no wind in the air that day, no rustling of leaves for they’ve all fallen and been hidden under so much new snow. The trees were still, painted that way, and birds that sing so loudly and happily in the summer made no sound, none at all.   I looked back to the house, to that window where the television played and the fire crackled. Where my kids argued and my wife read. I stood still enough and long enough to listen to the sounds of a Wisconsin winter. What did it sound like? It sounded like nothing, like nothing at all.