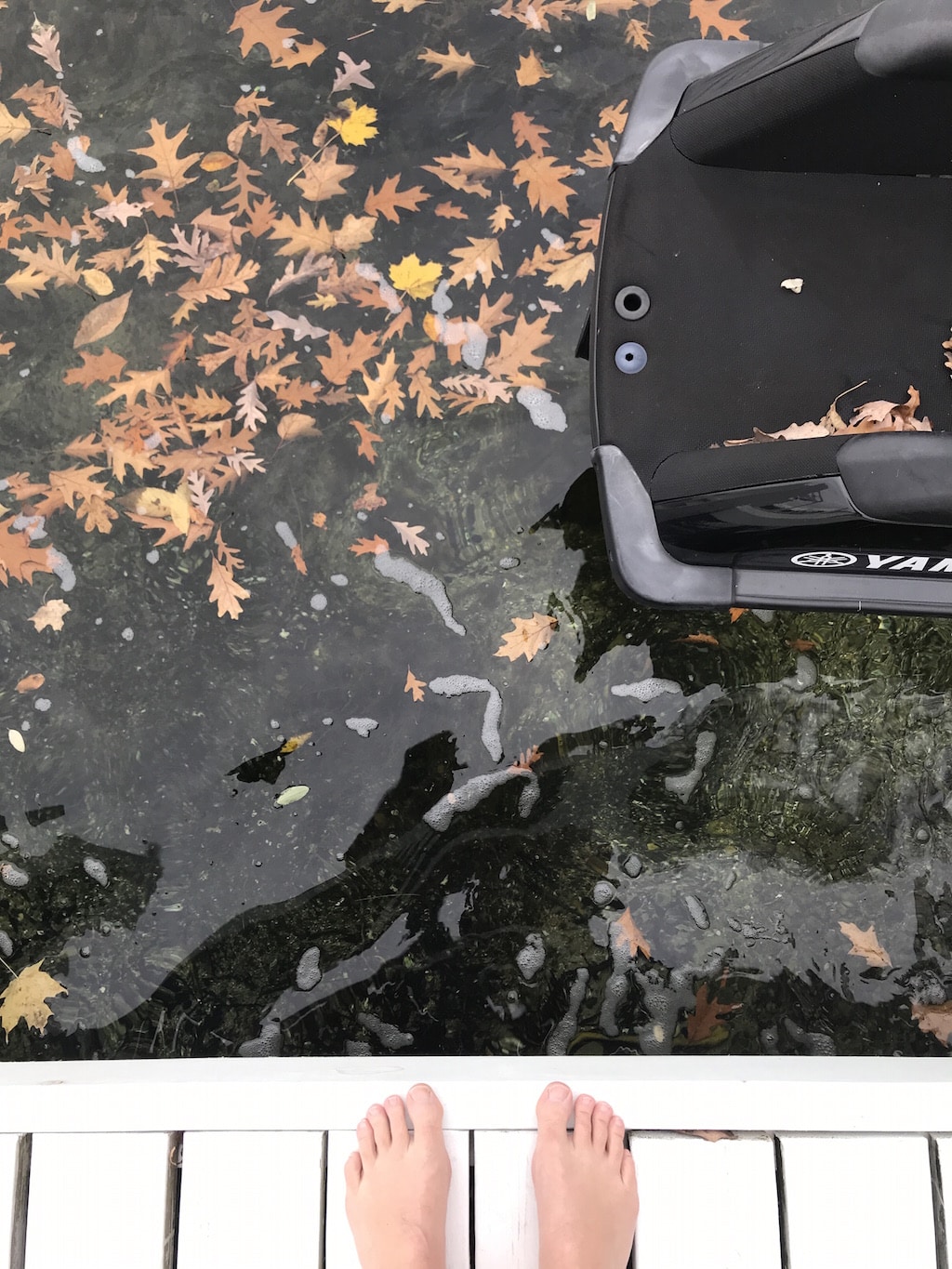 There’s a thing about my dad that you wouldn’t otherwise know. He’s a quitter. Sure, he’s been married for a long time to my mother, and yes, he taught school in the same building for several decades, but don’t let that deceive you into thinking there’s some steadfastness here. He quits. He starts something and then when it’s started he’s worried about the ending. He leaves for vacation thinking about the drive home. He naps on a Tuesday because he’s worried about having to stay up until 8:30 pm four days later. He starts things and then he stops them. He’s worried, alright.

But none of these worries, and none of this quitting are quite as pronounced in July as they are in October. He will enjoy certain things, for certain periods of time. He’ll enjoy a swim now and then, though this is less than it once was and less than it should be. He’ll enjoy a boat ride, every great once in a while, which is also less than it once was and less than it should be. But mostly, he’ll enjoy July just fine. It’s Labor Day when things change, or the week before that holiday weekend starts.  September, the month we know to be one the finest months ever included in a calendar, this is not a month for him. Anticipation builds to a crushing weight, and while the rest of us are frolicking in the midst of a late summer glow, my dad is worried.

September fades to October, and the colors dim before they force out one last dying display. We like it when this happens. But my dad doesn’t.  This display is a head fake, and he knows it. He’s in this for the long haul, and he’s been here before. It’ll be winter soon. He can smell it in the air and feel it on his old skin. October is nothing but warm, colorful winter.  While others think of a trip to the lake or a trip to the cabin, he thinks only of that pier and those boats and why hasn’t the pier guy come yet? It’s October 10th, it’s 70 degrees, and winter is coming soon. There’s nothing else to worry about. Nothing else to think about. Winter. Soon. Repeat. Gaze at the fall colors all you want, youngsters.

When October ends, things get serious. Real serious. The boats the pier, the buoys and the ramp. The things that he worried about in July and thought about in August, and stressed over in September and nearly died over in October, some of them are still there. Still in view. Still in the water. That water that somehow hasn’t turned to ice yet. But it will, soon.  Water always turns to ice here, and he knows it. He can sense it. You know what happens when you don’t get your pier out in time? The ice comes and takes your pier away to the depths. He saw it happen once. Never again. Not on his watch. Winter is coming and he needs to get ready.

But he can control the boats, and so they’re already out. Tucked away in their barns where they spend most of their days. The pier, that’s still there. Still bothering his view and interrupting his winter thoughts with a stubborn summery holdover. But the one thing that really drives him to insanity is my little jetski. Yamaha’s Superjet, to be precise. It’s his white whale. The thorn in his side. His nemesis.  And I know this. Which is why I leave it in the water as long as humanly possible. Long after he thinks it should have been out. Long after everyone else thinks it should have been out. Long after the water has chilled to a level that humans should never experience against their skin. That’s why I wait, and that’s why this week I was left with no choice. I pulled the superjet.

I don’t pull it like you pull yours. I don’t call the company and have then deliver it to a heated storage unit. I wait until it’s November and my dad has nearly lost what’s left of his mind, and then I put on my swim shorts and I strap on the life vest and I coax that cold little engine to life. Then I drive it, near the piers and close to shore, inside the summertime buoys that have no control over my November path. And to the launch. The ride is cold. The ride is wet. To fall is to die, because this isn’t some sit down waverunner with seating for four. This is a water jet, built for those of us who were kids in the 1980s.  My feet lost feeling, allowing me to only notice the cuts left by the mussels and the rocks once I returned to the heated indoors. The ride is difficult, but I wouldn’t have it any other way.  It’s the last piece of summer, and I hang onto it as long as anyone ever has. Sure, it’s only to bother my dad, but it’s worth it.