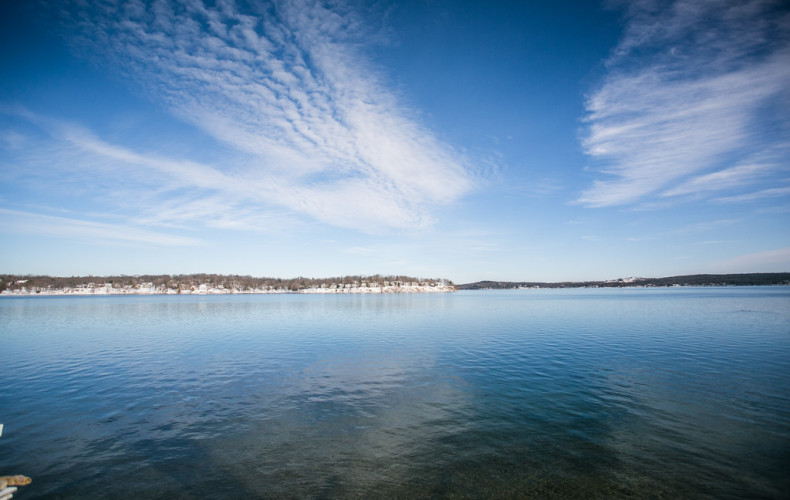 When I was a kid, I’d walk to Gage Marine. It wasn’t far from my house, and so I’d walk down the shore path, across those green lawns, up those few rail road ties that worked as stairs, and I’d be at Gage Marine. The thing about Gage Marine then is that there wasn’t anything to do there. The pro-shop wasn’t so much a pro-shop as it was a place to buy those little leather pieces that hold together the eye of a buoy lead.

Today, walking to Gage Marine is entirely different. Do I like the food at Pier 290? Not particularly. Do I wish the menu was better, the food better, the burger served on a burger bun? Of course. But for those wishes it would be hard for Pier 290 to be a better place. The restaurant space, the finishes, the scene, it’s all so very nice. And so walking to Gage Marine now is a worthwhile stroll, because there is food that can be eaten and a vibe that can’t be beaten. The other direction, I would walk to George Williams. The camp when I was a kid was old, neglected, uninteresting. There was the ability to order ice cream from some building on campus, as there is today, but that was about it. There was nothing else to do there. My brothers and I would explore the hills of Conference Point camp, digging into the earth that was exposed when the hillside gave way to erosion. We would find gold, or some rocks that were gold in color, which one we were never certain. But George Williams was there and it was boring even though the hills were full of gold.

Today, I can walk to George Williams to listen to the Music By The Lake series, an outdoor lakeside venue where you’re just as likely to hear Some Guy And His Trumpet as you are Tony Bennet or Peter Frampton. The campus has been revitalized, completely and entirely, and I believe you can still get ice cream somewhere. My new lakefront listing at 138 Conference Point Road is close to both of these newly reborn attractions, an easy flip-flopped stroll to either, within minutes. Think that’s not important? Try strolling to restaurants and musical venues from most lakefront homes- you’ll  find the task nearly impossible. The house has 103′ of frontage, a large two slip, canopied pier, and a very well maintained three bedroom ranch with a two car attached garage and a walk out lower level. But it’s less about the house here and more about the views. I’ve sold many lakefront homes with fantastic lake views, but the general rule here is that the better the view, the higher the frontage. The reason is obvious. The magic of 138 Conference Point is that the frontage is gently sloping, nearly level, and yet the lake views are absolutely second to none. The views are to Cedar Point, Black Point, Majestic Ski Hill, and points beyond. It’s a peninsula view without the peninsula, it’s tree top view without the hike. It’s a perfect view and the view, house, 103′ of frontage, and the two fireplaces are yours for $2.385MM.