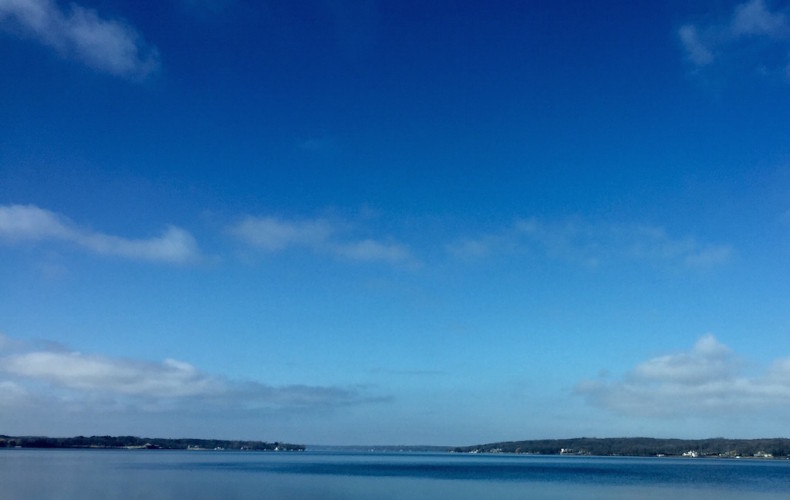 There’s a thing about March. It is, without any question, the worst month of the year. If you disagree, that’s fine, but I know deep down inside that I’m right. This is the key to winning arguments.  It’ll probably snow in March. It might snow today. It’ll probably be 65 in March, maybe 70. There is no ice left, that’s true of this March but not a typical March. What’s typical? March doesn’t know. March has no idea what it is, just that it came in like a lion and so it must go out like a lamb. March has no choice but to be the in between. Not winter, not spring, just something. A month, a space filler, a void. Ugliness, it will be at home here in March.

February, that’s winter all the way. Except this last February, where it was only a bit of winter but really none at all. It was spring. February showers bring May flowers, because in March, what could grow? February showers do nothing but wash some of the grit from the road and leave us wondering if we should rake out the fall leaves that accumulated behind our summer bushes, or if we should just put the rake away and prepare the shovel. It must snow again, right? It has to. It will. March, that’s when it’ll snow.

But this is the commentary of the weather obsessed, a troop I once belonged to, a long, long time ago. I broke free from those chains, from the chains that held my poor grandmother hostage for so long, in fact, right up to the moment of her death. I no longer live and die on weather, and when I see others proclaiming their misery simply based on the color of the sky I have to wonder why they, too, haven’t yet sought the salvation that comes from skyward ambivalence. I won’t care today that it’s gray and raining, and so I won’t care that March will be lots of that, with a bit of snow, or a lot of snow, who could say?

See, I don’t care about the weather anymore, not one bit. And it has led me to a place where things are much better. Wintery weather is just a reason to own skis. Rain is just a reason to own a house with a sturdy roof. And the summer sun is just a reason I must visit the dermatologist with increasing frequency. See, completely and entirely unconcerned about the weather. That’s why I can look to March not as an ugly month of the in-between, but rather as a month to prepare.   March isn’t spring, but the month sounds like spring, and when spring comes then summer follows. This is how it all works.  March is for preparing.

And what better time to prepare than when the skies are gray and the temperatures not cold enough to snow sport and not warm enough to do anything productive under the sun? There is no better time to prepare, and that’s why those who own lake houses shouldn’t sit around and wait for March to be over. They shouldn’t rest, contented in knowing that summer is still months away. I’m continually amazed by the lack of March motivation amongst the lake set. May, now that’s when they feel the burden of preparedness. But in March they don’t care. Must I remind you that last May we had summer that began as  early as the 20th of that month? How on earth can you enjoy instant and immediate summer if you spent March in the malls and on your couch?

If you’re a lake home owner, March is for getting ready. March is for buying a new grill because we all know your old grill is terrible. And why are you buying a Weber when we all know you can do better? March is for cleaning the gear room, where the life vests and the fishing poles and the paddle boards were hastily crammed last October. March is for doing the things that will make May so much better. But what about for those who don’t yet own lake homes? What about those who sit in the city or lounge in the suburbs, wondering what week long road trip they might take to pretend they enjoyed their summer? Well, March is a forgiving month for those people. March is a month for shopping. March is a month for buying. Yes, you should have been thinking about this last October, but you didn’t, because the Cubs were on their way to the World Series and you are forgiven for being obsessed. But now, this March, you’re running out of time but you still have plenty.

March is for getting ready. March is for looking. March is for contract writing, and then April is for closing.  Then May is for preparing and June is for enjoying your weekends in an entirely different way. If you haven’t even begun your search, that’s fine. Let’s get together this month. Let’s drive around and find something perfect. Let’s do this now because it’s March and there’s really nothing else to do.