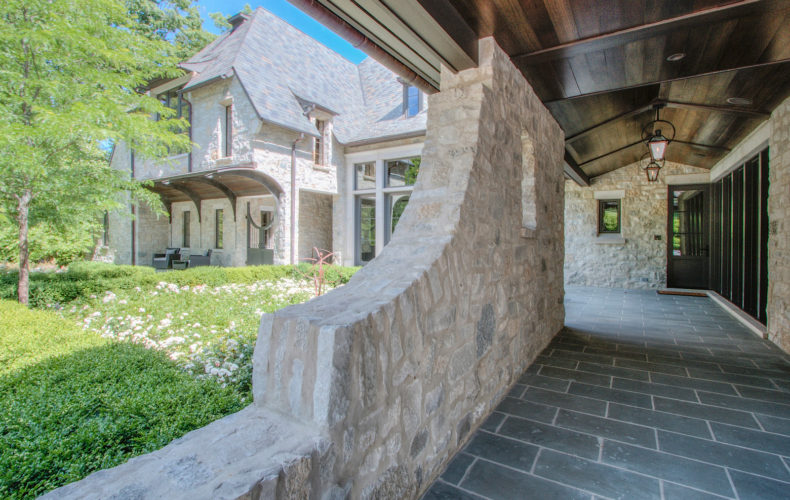 It’s getting late. The greens are no longer bright. The grass is beginning to fade. The corn is drying as it should, first at the bottom and then, slowly, eventually, all the way to the top. The beans will start turning soon, from green to gold. Vast fields of gold. The lake is warm now, as it has been all summer, but it’s really warm now. This is peak summer, and much like peak anything, it can’t last forever. Soon the kids will walk past this office on their way to school, solemnly marching up this hill on their way to learn something. Today they’ll ride their bikes down the hill, down to the beach and to the ice cream shops. Today it’s still summer, but everyone can hear then ticking of the clock and it sounds like nothing but inevitability.

Sellers hear this clock, too, and they’re anxious. The August lull is here. It starts right about now, and it lasts a month, maybe a bit more, sometimes a bit less. It’s the back to school pause. The first two weeks of August are prime vacation weeks, and so the lake is full and the kids are smiling and the boats are gassed. The last two weeks of August are prime school return and school prep weeks, which is to say that they’re terrible but necessary. The market here will pause while this reorientation occurs, but once the kids are settled at their various schools near and far, the parents will look around and realize that September might sound like fall, but it still looks like summer. By the middle of September the market will spark once again, but not until sellers feel the uncomfortable weight of winter on their shoulders and consider reducing their price just one more time.

And this is the issue today, sellers who have been sellers for longer than they’d like are faced with doing something, with doing anything. The price reductions of fall have already begun, but they’ll accelerate over the coming two weeks. That’s because it’s Beverly Hills that sells houses by rolling out red carpets and hiring mermaids to swim in pools, and it’s the Midwest that sells houses by offering those houses at better prices. We’re sensible here. But in the fall reduction cycle there is opportunity for both buyers and sellers. Buyers know the market will slow over the coming months, and they know what I’ve just written: some sellers really do want to sell. But this situation also creates opportunity for new sellers. At this point in the season the aged inventory is just that- aged. It’s picked over and dismissed for one reason or many others. New inventory is always sexy, and fall is prime time for new inventory to come to market and in doing so, quench the thirst of desperate buyers.

The market has been moving this month, with new sales aplenty. I have a deal on my vacant lakefront lot in Loramoor, as a buyer recognized just how nice 110′ of level frontage backed by 1.43 acres of rolling land just is. That deal will close this fall. There’s another fresh deal on the finest listing that I’ve ever been tapped to represent. My wondrous estate on Pebble Point that I listed in July for $9,950,000 is pending sale to an excited new buyer. This sale will be the highest sale since the Pritzker family purchased Casa Del Sueno several years ago. This sale will also show the market that there are buyers over $8MM if, and I mean to write IF, the house and property are befitting the asking price. This should bring new hope to the multitude of owners who are currently $8-12MM deep into the newer builds of the past decade. While Geneva is still primarily a $2-4MM market, the new norm may very well become fewer but higher sales, as the $5-10MM range proves it has buyers.

For now, sellers of aged inventory should be looking at their position in the market and considering reductions. I just reduced my lakefront on Marianne Terrace from $2.475MM to $2.195MM, as a seller recognized the market context of his home. More sellers will follow suit in the coming weeks. New sellers would be keen to list soon, to take advantage of the limited inventory and considerable buyer traffic. And buyers would do well to consider all of the above. Pick off the aged inventory for value, and quickly focus on the exciting new inventory as there will be a handful of properties whose owners wanted to have just one more summer at the lake.