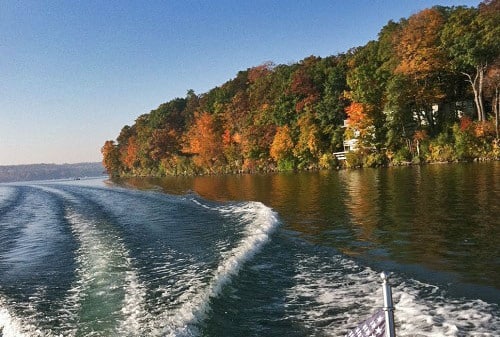 I’ve written it often. So often, in fact, that it probably doesn’t seem like I’ve written it at all. It’s about perspective, this life of ours. It’s about perspective gained and lost, both usually on the same day, in the same moment, the same circumstance. I admit I lose perspective on a daily basis, and that admission might be the most important admission anyone could ever make. Aside from repentance, I suppose. But perception is the thing that matters most, and the problem with a Lake Geneva real estate focused life is that perspective is easily and often lost.

I saw a young child yesterday, handicapped in a most horrific way. I couldn’t tell how old the girl was, perhaps four, maybe six, but she was handicapped and unable to enjoy anything. Something happened when she was a baby, something terrible, and the consequences of whatever that was have become her life. She will never be dropped off for school, she will never be yelled at for fighting with her brother. Her parents will never feel immeasurable pride when she makes a winning shot in a basketball game she’ll never play.  By her side was her mother, but not her birth mother. The mother who adopted her, the mother who knew full well what she was signing up for. A lifetime as a caregiver to a child who could never repay the favor.

I bought a new chainsaw yesterday. It’s a really great chainsaw. I bought it because my old chainsaw broke, and who could live for so long without a properly functioning, high CC chainsaw? I bought the saw and drove it home and placed it inside the cargo bed of my new Gator. I looked at the set up with tremendous pride. That’s my life. That’s my pathetic, insignificant life. A shiny plastic chainsaw brought me joy, and I hadn’t even yet pulled it to a roaring start.

Today, there’s another closing. Another event to spoil me with rewards that I don’t feel I’ve really earned. Another day where I can focus on the whims of the wealthy, and then buy myself a toy as a treat. What a terrible cycle to be caught up in. What a terrible thing to not see the immeasurable blessings in a life that has been more full than empty. A life that has every chance to be whatever I’d like it to be. A life that finds my wife and children contented and safe, a life where the sacrifices are measured in CCs on a chainsaw. Today, let’s be thankful. Tomorrow, too. Let’s be thankful that we live charmed lives, even when we think they’re anything but. Let’s be thankful that real people, people better than us, adopt children who wouldn’t otherwise be loved. Let’s be thankful for our particular brand of trouble, knowing it’s really nothing at all.