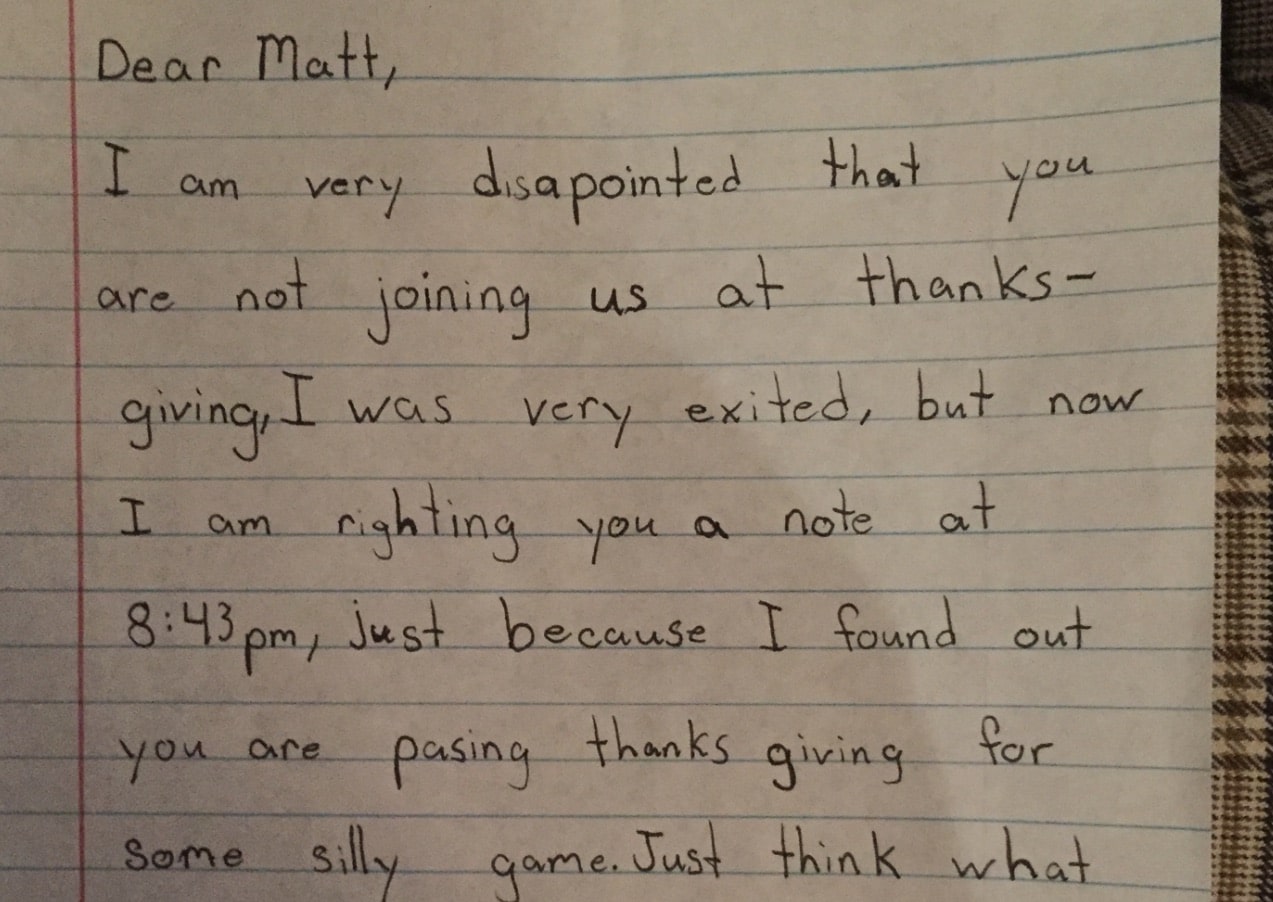 My wife and her family are Canadians. It’s not their fault, really, they just are, and they do the best that they can with this condition. During our Covid Chronicles, the differences between our country and theirs have become more and more obvious, as Americans struggle with government overreach and Canadians largely welcome it. Nevermind the political differences, the real deficiency in the Canadian existence is found in their “thanksgiving”. I put it in quotations and I refuse to capitalize it because their version is like Thanksgiving Lite, or Beyond Thanksgiving. What more could you expect from a country that only gained their independence in the 1980s?

This year, I must admit I am rather wrapped up in the urgent motion of my every day. It’s been like this forever, but it’s increasing with each year. I often wonder why my father, at age 77, is incapable of enjoying himself. But then I look around at all of the things I do and have and realize that I don’t particularly enjoy myself, either. Perhaps we’re nothing more than dogs chasing cars, without any clue how to be satisfied once our teeth find that bumper. As I age, rather than finding increased contentedness, I find the opposite, and I loathe that outcome.

Thanksgiving has long been one of my absolute favorite holidays for many reasons, not the least of which is because I love custard and I love pie and there are only two times per year that my mother combines the two into custard pie. My wife says it tastes like eggs, but she’s Canadian and so her Thanksgiving tastes are, as discussed earlier, not especially well developed. I enjoy the cold comfort of a November afternoon spent lakeside, with some terrible football on the television and a sense of gratitude for the commitment that has allowed me to spend every one of my thanksgiving dinners at the same table with my entire family. Except one Thanksgiving several years go when my older brother went to a football game and skipped out on us. My daughter wrote him a note to chastise him for his poor decision (see above).

This week, I wish you a pleasant Thanksgiving. As the cowardly event in Waukesha reminded us, life is fragile and its fleeting, and we should never take it for granted.