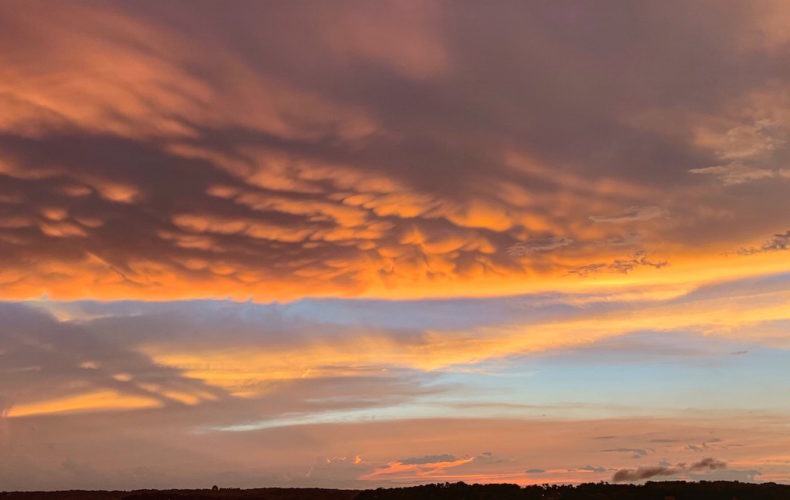 I’m not sure if you knew this, but this is not a climate science blog. Nor is it a climate speculation blog. I wake up in the morning and look to the sky to determine if it will be sunny or cloudy, windy or calm, rainy or dry. If I want to get super scientific about it, I’ll look at my phone’s weather app. And if I need to delve even deeper into the forecast for any given day, I’ll follow up with a glance at my radar app. This is the extent of my climate concern. A story today in Mansion Global awkwardly titled “Buyers Snapping Up Second Homes Unfazed By Threats Of Climate Change And Natural Disasters” fills us in on the potential mishaps of covid-hysterical buyers. Notably, lots of them bought homes where floods and fires and earthquakes and tsunamis and hurricanes are very likely, if not guaranteed, to happen.

Never mind the fact that the most fervent disciples of climate change theory often buy real estate on coasts, the very coasts that they publicly claim will be wiped out by catastrophic flooding very, very soon, this isn’t a post about that. It’s a post about the what ifs of real estate in various geographic parts of these United States. Regardless of your climate change opinions, let’s think about the worst case scenarios here if indeed the climate alarmists are 100% right:

Lots of the finance bros that moved to Miami over the past three years are likely to move back to the Midwest and Northeast once a serious hurricane comes to town. It’s all fun and games until your pool is four feet under sea level. After your first summer in Breckenridge gets choked out by nonstop wild fires, you might not mind the humidity of Wisconsin. You’ll probably be racing East on I-80 praying for some of that delicious Midwest rain. My Kingdom For Some Cloud Cover, you’ll scream as you shake your fist at the scorched sky.

And if the floods don’t get you, then the erosion might. Those scenic bluffs of Pure Michigan are slowly, or quickly, returning to the sea. The best case scenario here is that your house is far enough from the bluff that it won’t be swallowed by the tide, so you’ll still have your house you just won’t have a beach. Ah, but the sunsets!, you’ll say, as you look beyond the yellow caution tape and silt fence that mark the temporary boundary separating your lawn from the softening cliff.

Or you’re in Arizona, cooking in the dry heat of the hard scrabble southwest. There are no bugs here!, you say as you hide in the air conditioning for nine months straight. It’s a dry heat, as a point of fact, just like an oven. An oven with purple sunsets and grade schools that start in July to save the kids from the misery of spending time outdoors.

Or, you could just vacation in Lake Geneva. There are no hurricanes. No floods. No fires. No earthquakes. No bluffs falling into the sea. No snakes that bite or scorpions that sting. No sharks that chomp or jellyfish that electrify. It’s just the Midwest. Boring, safe, consistent. It’ll be cloudy today for a bit. Then it might be sunny. It might rain this morning or it might not. This is the extent of our weather, and in a world of chaos I find our mundane calm very reassuring.