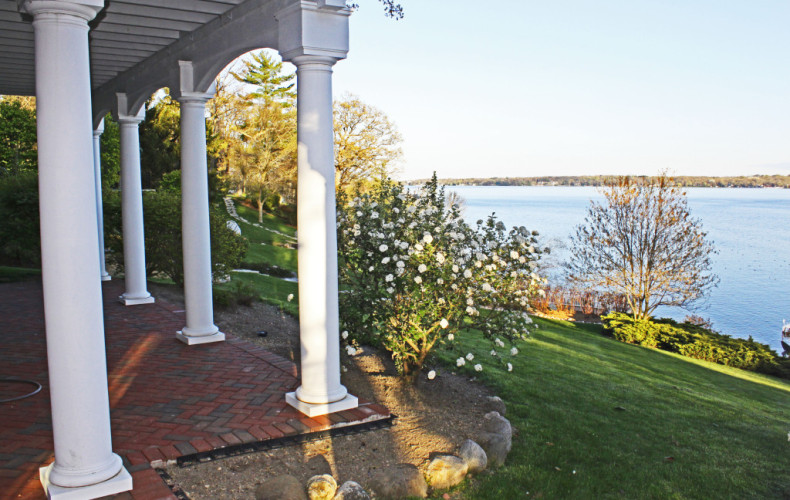 I feel better now. I was on the verge of breaking, but in true Midwest fashion I powered through the difficult days knowing that there were better days around the corner. The 10 day forecast offered no reprieve for weeks upon weeks, but then, hope. Never mind that I would have rather landed on a delightful day like today before taking a trip through a mid-August heat wave, I am grateful for the sting of the sun on my skin and the color on my face that may or may not represent elevated blood pressure. Spring has arrived.

Spring at the lake is daffodils and lilacs and bass chasing down emerald shiners, but it’s much more than that. It’s sunshine and tulips and sandhill cranes overhead, but it’s something else, too. It’s warming water and white piers and an endless parade of fancy boats being pulled to their watery homes, but don’t sleep on what you’re forgetting. It’s green grass and fresh mulch and a new coat of white paint on the wooden things that didn’t enjoy winter so much, but it’s also something entirely different. It’s work.

Spring at the lake isn’t supposed to be that much fun. It’s inspiring, sure, all of those flowers and leaves and pretty things, but it’s misery, too. It’s piers that aren’t in yet and boats that won’t start. It’s windows that are dirty and hydrangeas that needed to be pruned two months ago but now it’s too late. Don’t you dare prune hydrangeas in May unless you don’t want to be bothered by all of those blooms. It’s mud in your side yard and a half finished deck project that was supposed to be finished no later than the Friday before Memorial Day. The builder promised.

We do this work because we must. Because we know that our summer doesn’t last forever and we know that the reason these homes are so desirable is because of the next four months. Winter at the lake is great, but no one pays millions of dollars for the privilege of watching ice form. We do summer better than anyone, and summer is fleeting. Because of this powerful combination we must be ready. Memorial Day Weekend is eleven days away, and if you’re not at least a little bit stressed that your pier isn’t in and your canopy isn’t on and your boat hasn’t yet started, then maybe you should be?