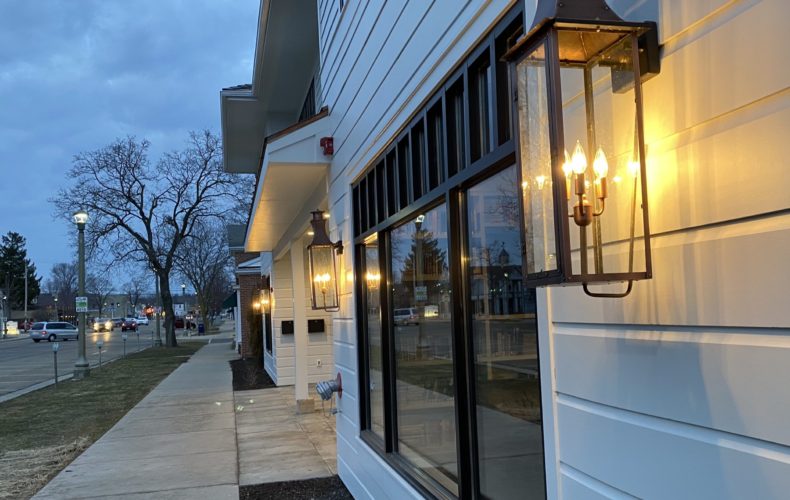 The wind kicked up again. It was calm two days ago, and calm the day before that. But then yesterday it picked up and today it’s stirring. The wind is stirring, we like to say. We say it because it makes sense that the wind would do that. It’s outside right now moving around the town and down the dusty spring streets and pushing the branches of each tree in different directions all at once. It isn’t pulsing, it’s swirling, and in the spring this is what it has to do.

Last week the snow was on the ground and it was melting. Slowly, imperceptibly, but constantly. The melt has been underway for some time, but it’s no longer subtle. Now it’s just melting. The snow is turning to water and leaving behind the dingy masks and rotting coffee cups and the rest of our damaged souvenirs of winter. Sticks and leaves, broken and stripped by the wind or the snow, or both, matted and shoved into the corners of our lawns and corralled at the very ends of our driveways by our plows and shovels. The messy remembrance of our once sterile and clean winter is all around us now. The wind is making it worse.

There’s mud outside my office window. It’s the mud that men turned up last fall when they installed the water service for this new building. We had hoped to do that work in the spring but the spring quickly turned to summer and just as quickly summer turned to fall. We hadn’t done any digging and fall was turning to winter. The guys dug up the ground and tore through the road and now all that’s left is a tidy scar on the street and a patch of muddy straw next to the sidewalk. A customer of mine walked right through it last weekend. Another client walked through it today, and if I’m not careful someone else will do it tomorrow. There’s no blame to place here, because the men had to dig the hole and other men had to cover it up and the winter had to hide the mess. But now? Now it’s almost spring and spring doesn’t hide anything.

Maybe that’s what I like about spring. It’s bare. It’s messy. There’s not much to say about it besides it’s both of those things, for now. It’ll be more later, but not until the process has been completed. We’re at an important step now, where the snow melts into the ground and wakes up everything that has been hidden underneath. There’s no more important start to any of our seasons. Nothing more meaningful than this. The first snow might delight us, but it isn’t very important. The first warm day of summer means something, but it doesn’t happen with any fanfare. It’s just warmish one day and hot the next. The sun shines bright and strong and we shield our eyes and go about our day. That’s how summer starts. But the spring starts with snow and proceeds to mud and finishes in bloom. The progression has begun, because the wind is stirring and nothing can stop it.