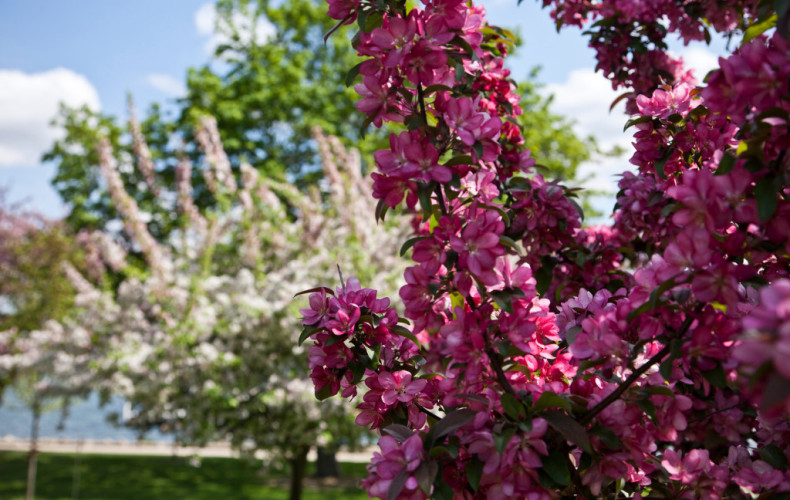 Every person since the beginning of time has ended his or her life with one path or road that they traveled more than any other. There’s nothing that can be said to debate this. For me, at my age, there is a good chance I live considerably longer which would allow my most oft-traveled road to change. My son is 17 and so the road that will ultimately be his most traveled road is likely not yet determined. But in spite of the chance for my outcome to change over the duration of my life, it is likely that the road I will travel upon more than any other is already cemented. It’s Geneva Street in Williams Bay. I realized this yesterday.

About that road, though. It’s a nice enough road, I suppose. It entertains some slight hills, which always makes a road a bit better. It wraps past the lake, offering travelers a good view of the water and the opposing shorelines. For a stretch it endures some poorly maintained houses but then a ways later it pushes past the Yerkes Observatory entrance, offering just the slightest whisper of a view of that iconic structure. There’s no road in Williams Bay that can offer so much.

It was the road I was driving on in my Saab 900 when I gawked past Cafe Calamari in 1997 and gently nudged the rear end of the car in front of me, forcing an odd buckle sort of crease into the hood of that old gunmetal gray sedan. It was the road I wasn’t allowed to cross on my bike when I was a kid, able to get close to Doc’s but never close enough. It was the road that was home to that old gas station down by the lake, the one they turned into a sailboat rigging area, and by doing so instituted the first ever demolition of a gas station to make way for something that would somehow be even uglier. It was the road that I crossed to get that autograph from Harry Caray. Cub’s Win! Holy Cow! That was what he wrote on the receipt I had from Doc’s after buying two egg rolls for lunch. It was 1993 and egg rolls were exotic to kids from Williams Bay.

The road in the winter isn’t much to consider. In the fall it has some beautiful maple trees that show off for the passersby. And in the summer it’s dark and deciduous and it only backs up when trying to navigate the boat launch or beach. Each month has its look, each season its particular mood. But the road shines especially bright in spring, when the trees of Geneva Street show off their blossoms. There are magnolias and red buds and crab apples of varying models and ages. There are pear trees and apple trees and if you catch your visit just right you’ll see all of these in bloom at once. It’s almost enough to distract from the overhead power lines that frame the street, and if you look only to the blossoms you’ll miss the cracked sidewalks.

While each tree is unique, there has been one crown jewel on this street for as long as I can remember. That prized tree is a magnolia of some sort on the corner of Geneva Street and Orchard. The tree belonged to my aunt and uncle for a while when they owned that house. Each spring they’d be sure to visit while the tree was on full display. Before that it was owned by my old fourth grade teacher, and during her ownership the tree bloomed and bloomed, each spring at the same time, each display as showy as the last. The tree was consistent and talented, and each spring I’d drive by the tree and watch it go from its dormant winter position to it’s explosion of blooms. I’d see the buds sprout and grow and I’d wait while I drove by, each day looking forward to the blooms with excited anticipation.

This year was the same as the years before, and I drove by in the spring waiting for the show. Winter turned to slushy spring and then it turned to warmish spring and then I waited some more. I expected the blooms to come, just as they always have, but I figured perhaps they were just a bit delayed. Maybe the winter was a bit too cold, and the sap was thicker than normal. Maybe something was off, but surely the blooms would come. Then I noticed something alarming, as the Magnolia two corners east started to bloom even while Geneva Street’s prized bloomer was dormant. I feared the worst.

Today I must announce to you that this tree has apparently died. It is no more. The blossoms that followed my drive for the entirety of my life will no longer bloom. Spring will not be the same, no matter how hard the nearby trees try to make up for this absence. I’ll miss that old tree. My spring time drives along my most oft-traveled road will never be the same.