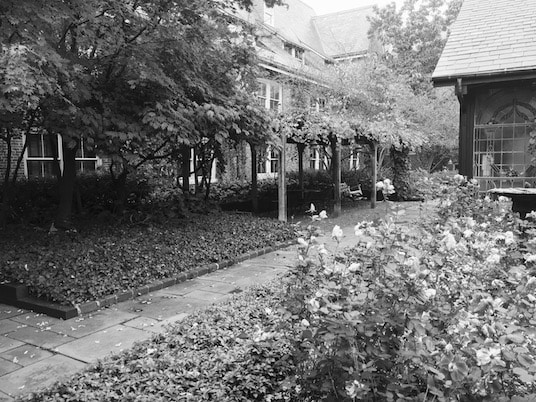 I do not believe in putting off until tomorrow what you can do today. Unless tomorrow is pretty open, and today is pretty busy. Then I whole heartedly endorse putting off until tomorrow something that you could, technically, do today. It’s all about pacing yourself, and in the world of real estate where a Realtor could in fact work from 5 am until midnight every single day of their sad lives, this determining of a proper pace is remarkably important. That’s why I went to The American Club. I, like most successful Realtors, struggle with the concept of rest. What is this rest? Is it sitting at home on a couch scrolling constantly through emails and texts? Is rest found when you sit on a boat and scroll endlessly through emails and texts? Is rest found when you go fishing, and spend equal time fishing and sitting on the bank scrolling through emails and texts? Is this rest? I have struggled with this notion of rest for a long time, and I believe at this point in my life I’ve accepted that there is no such thing. Rest might come easily for those who punch a clock, but for the self employed there is only the visible display of rest- of sitting on a couch or the bow of a boat, of wading through a quiet stream or flying off to a warm winter vacation- but inwardly, there is never any rest.

This is why I took my clogged up brain and my pretty wife to the American Club on Monday. Not because I needed a break, because I had indeed spent Sunday late afternoon superjetting in 60 degree water, and that constituted a nice break for the sole reason that we have not yet figured out how to tether water-proof phones to our ears. As an important aside, I was superjetting without a wetsuit, while my fancy Illinois friends were superjetting and surfing in full wet-suited shame. They said it was because I had extra padding, and that because of this I was able to withstand the icy waters. We all know it was actually because I’m from Wisconsin and they live in Illinois, but the padding joke made them feel better about their silly suits. Still, the getaway.

The American Club is not far from here. It’s just up the road a ways, through Milwaukee but not as far as Green Bay. It’s in the town of Kohler, which is a town unlike any other town that I’ve ever visited. The town is famous for its plumbing fixtures and its generators, for its Whistling Straits golf course- that epic lakeside links course- and for its billionaire family that made it all happen. The town of Kohler would be like the town of David Curry, if I had many billions of dollars and a plan to create a town around my business and my preferred leisure. This isn’t so much a town as it is a personal village, and in that lies both its charm and its oddness.

Because it is odd. If you’ve visited this place and you’ve left without thinking that something was amiss, then I’m not sure what to say except for you may have watched the Truman Show without understanding the plot. This is a fabricated town, and when you enter it already feeling that way, everything seems even more staged. We walked through the aisles of the grocery store on Monday afternoon and I watched several shoppers shop. They all came to the checkout with barely a handful of things. Who shops at a grocery store on a Monday night with the intent of just picking up a few things? Where are the carts overloaded with edibles? Where are the snotty, screaming children stuffed in the cart seat? Why is everyone staring at me?

We walked by the river to see the salmon jumping and spawning and dying. The river was full of them, which was nice, but the fishermen were all positioned up by the dam, and not downstream where most of the fish were. They just stared at the water, dabbing their lines out into the current for a moment, then lifting and dabbing again. They stared at the water except for the times when they stared at us, wondering if were were buying their roles as “fishermen”. We walked away from them and when we returned they were still fishing, still staring, still waiting for us to leave so they could sit down and have a smoke break.

Later, at dinner, we sat in an old fashioned dining room where the waitress first asked us what brought us to town, then asked us what we’d like to drink. A few minutes later someone else sat down at a neighboring table and the same waitress went to them and asked the same exact questions, in the same order. Coincidence? Obviously not. The dining room was old, not shabby but dated. If it were in Elkhorn no one would go there, even if they had a divine relish tray. But here, in Kohler at this American Club, people go and they dine and they are asked the same questions every night.

The boy that brought the water carafe over was named Brian. I asked him if he lives in town. I said, Brian, do you live in town? He said that he didn’t, that he lived in some town named “Sheboygan”. I asked him if he worked here, which was a ridiculous question that was already answered, but what if he said he didn’t? Then I would have caught him in his act, and known that he didn’t actually work there but he was just assigned to that role on that night. Presumably, after we ate our dinner and shared the creme brûlée, he was hastily driven home to this “Sheboygan” and chastised for almost letting slip that this entire thing was a ruse.

When the valet fetched my car yesterday morning, I could see the relief in his eyes. He knew that my stay was over, and that I hadn’t necessarily figured out what was going on. Never mind that the waiter at the Horse and Plow on Monday was the same person who fixed my espresso on Tuesday morning in the Greenhouse. Never mind that the women were shopping without buying anything. Never mind that the fishermen fished where there were no salmon. Never mind that Brian the water boy was or wasn’t from some town that might be ficticuously named Sheboygan. I tipped the valet and said I knew what this was all about. He said, excuse me? And I just nodded and smiled.

1 thought on “The American Club”