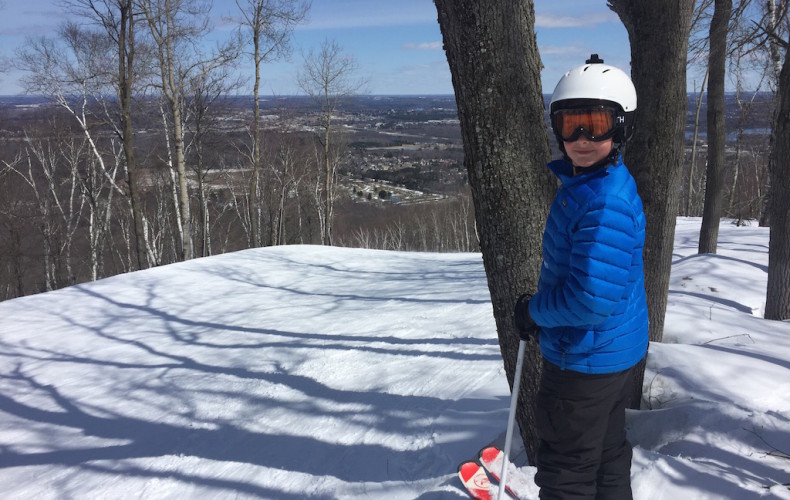 I’ve been sitting at this desk for 20 minutes and I can’t think about anything to write about. Not a single thing. Part of the problem is that I’m tired. I’m tired because I had a lot of appointments yesterday, but those don’t make me that tired. Sure, it’s not great fun to have lots of appointments, but if given the option of having too many appointments or none at all, there’s no Realtor worth his or her salt that would opt for the silence of nothing.  It was a good day, if a miserable, cloudy, rainy day. It was a day where people were introduced to the market, people decided to buy here, and others thought about what a life on these shores might be like.

I’m interested to see if this week is indeed the start of some better weather, so that’s preoccupying some of my mind. It’s sunny now, but faded and silvered, and really not entirely bright. But it’s better than yesterday, and that’s probably good enough for now. Will it be 60 soon? Will the forecast hold and will it build and will we someday soon complain that it’s just too hot? Too much, too early, we’ll all say. I would like to say that, because I haven’t said it for a long time and just typing it makes me wish I could say it out loud and mean it. It’s so hot,  I’ll say, and sweat will form on my brow and we’ll all have rosy cheeks because it’s too hot, and we haven’t yet adjusted.

But I’m really just thinking about Saturday now.  On Saturday I took my family skiing to Granite Peak. It’s a nice hill, this Granite Peak. It’s at Rib Mountain, so sometimes people will call the hill Rib and other times Granite, but when you go there and see all the granite you’re probably going to call it Granite Peak from then on. We drove there Saturday morning, and what a beautiful morning it was. We stopped at Starbucks and ordered three breakfast sandwiches, which were really quite good. The kids said so. My wife didn’t order one, but she ate most of mine, so when it was all said and done and we were many miles up the road I decided that next time I’m just going to order her one whether she says she wants one or not.

The hill was tall, and though there was no snow anywhere in sight, the hill was covered in it. Remnant blown snow from when the winter was young, and late fresh snow, the sort that has fallen here and there over the past weeks. It has fallen and stuck to the mountain, the Wisconsin mountain, which is only a mountain in theory, because we know that out West the mountains are big and they’re incredible and it’s always sunny except when it snows, and the powder is deep and Colorado is nirvana and blah blah blah. The day started well, and the day went well. Until 3 pm.

We had all skied the day away, and by 3 it was nearing the time to leave. My son was off, racing up and down, working on sweet jumps, marveling at the skiers and snowboarders who launch themselves into the air as if they’ll be landing in a pit of soft, squishy foam. My wife and I visited him on the far side of the hill, then returned to the small side where my daughter was happily working on her turns. The bunny hill is a good hill, and though she has ventured to the larger hills she prefers the peace and the quiet and the easy living that happens on the smallest hill.

We saw her skiing, and we finished our last run and retreated to the car to change. It wasn’t but a few minutes after we left the hill that the call came over the loud speakers, “David and Michele Curry please report to the nearest patrol station”. It seemed that the tone wasn’t rushed, it wasn’t worried, so my wife went to find out what they wished to see us for. A few minutes later, it was apparent. Our daughter was injured. How injured, no one at the base of the hill knew. Very injured? I guessed not, because the bunny hill is small and what could really happen there? Could she have slipped and cut her hand on the edge of her ski? Did she fall and decide to get a lift down the small hill on the towable rescue sled just because the ski patrol had to follow some protocol?

No. She had fallen and she had broken her leg when the skis didn’t release from their bindings. The night that ensued was not fun, not for her, not for anyone. My son cried from worry. Wausau is a nice enough place, and the hospital was clean and smelled like carrots, but when the day was over and the night had set in, the drive home was still three hours. My daughter was in terrible pain. Intense, searing pain, each bump in the road making for a squirm and a sigh. The night was long and the cries were frequent and the pain medication no where near potent enough. And so the day that started with really good breakfast sandwiches from Starbucks had ended with two broken bones in a 10 year old’s lower leg. She’ll be dealing with the pain for quite a while during this few month recovery, though the prognosis is good and no surgery is required.

As for me, I’m tired and I really can’t think of anything to write about.