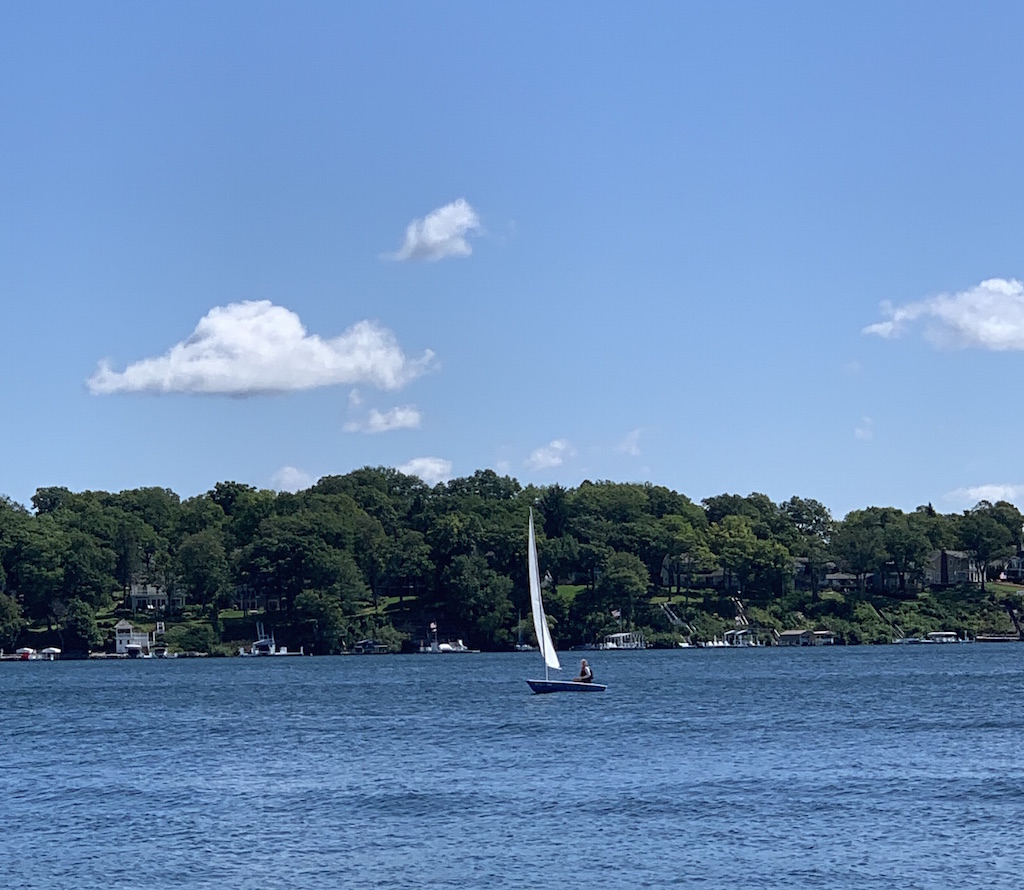 I remember sitting at a closing in Elkhorn sometime in late 2008. The sale was of a condominium on the water, and it was a pricey one. The deal had been touch and go, owed mostly to a complicated financial picture for the buyer. At the closing table, loans of varying duration and rates were signed, at least two and maybe three. It was financial engineering that had but one goal: get this buyer a loan so the purchase could be completed. Agents are relative outsiders in this process, and I recall sitting in the foyer of that title company thinking that this buyer shouldn’t be buying this property. A few hours later he had closed and everyone left, presumably happy.

I tell you this remembered tale because I tie moments in this business to prior moments in this business. It’s the reason I don’t think agents can be worth much until they’ve been full time agents for a decade or longer. It’s through no fault of their own, but experience cannot be rushed. I see the market today and I try to discern how I feel about it. I’m pretty sure I personally dislike it. I know the movement of the market is too quick to be particularly thoughtful. I know the hasty transactions feature sloppiness all around. It’s intentional sloppiness, mind you, as buyers race to properties out of necessity. To dawdle in this market is to be left behind. Did you know that as of this morning the ONLY single family home available with private frontage to Geneva is my $20.75M listing on Snake Road? Now you should be able to imagine why a buyer rushes towards any piece of inventory priced under $10MM… But back to the history of this market and the mood today. It’s unique, because even though I sense some similarities to the prior bull cycle, it’s actually quite different.

I’m back at that closing table in 2008 now. Paying attention but trying not to. A 7 year ARM for a first and a 3 year ARM for a second? Seems like a bad idea, but who am I to judge? The financial movements of my clients is none of my business, or so I thought. If I had checked the walls I would have seen the writing. This wasn’t a sustainable model. Sure, a fear of missing out was driving buyers then as it is now, but what about the banks? I won’t suggest they engaged in nefarious lending activity, because I think at the start of every questionable loan you’ll find a borrower intend on securing that debt. This was a voluntary market: buyers asked to borrow money and lenders obliged. They went out of their way to oblige. They obliged when they shouldn’t have. They said yes when they should have said no. We can see this now without any confusion.

Compare that to this market, today. It’s sunny out. The skies have cleared, or at least the smoke is less suffocating today. The air is dry and the lake is as shimmery as ever. I spent a few hours on it yesterday, which was plenty of time to remind myself just how amazing this place is. The market knows that, too, and it’s hotter than a Canadian wild fire. I have several contracts in the works, including one lakefront deal on market and one lakefront deal off market that are being financed. Lake Geneva is still a market that functions on cash transactions a majority of the time, but there are financed deals, too. Given the incredibly low rates right now, you can’t blame people for wanting to finance their vacation home purchase. Of the two financed deals I’m working, both are having some issues.

Barbaric. That’s what one of my customers called the process. Another buyer suggested had he known the lending process would be so complicated he’d have just paid cash. On the brokerage side, I’m seeing questions come in that I don’t typically see on upper bracket transactions. Banks want to know which financial institution provided the earnest money payment. They want to know the details behind every K1 and every large deposit. They want to know everything. And these aren’t the sort of borrowers that should create doubt in the mind of a lender. These are borrowers in strong financial positions, well established in their careers. These are also typically 30 year notes that are being sought, with those 2008 era 3 year ARMS finding little favor among the current borrowers. If banks were in a hurry to lend to folks in 2008, thirteen years later they’re still acting like they learned a very valuable lesson.

None of this is to say that you can’t borrow money to buy a lake house. You most certainly can, and if that’s best for your financial plan, then by all means borrow away. But it is to shed some light on the natural comparisons between 2021 and 2008. The market is hot. Buyers are outpacing sellers by a wide margin. The demand, at this date in early August, is unrelenting. But for every naysayer who’d like to point to 2008 to provide admonishment, I’d ask you to look to the lending practices and realize that while this market will most certainly soften at some point, it isn’t going to be due to risky lending practices.

1 thought on “Of Lenders and Bubbles”