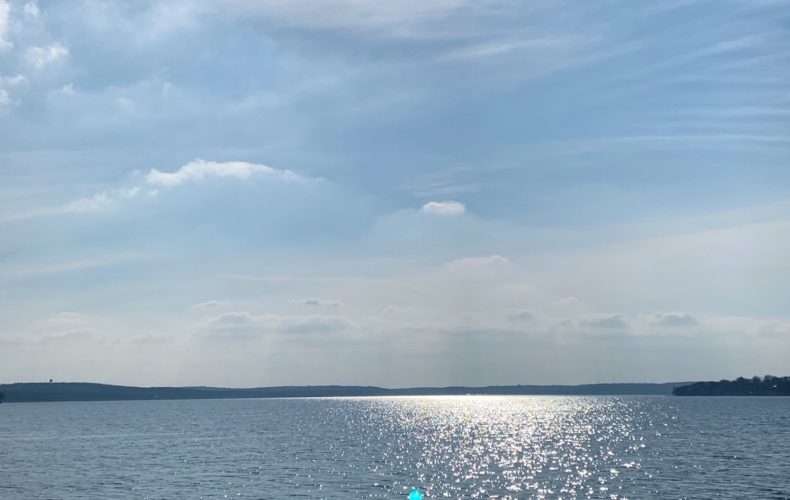 The gas station in our town is called Herb’s. I should say, it was called Herb’s. It might have been called something else even when I thought it was called Herbs, but Herbs is what I called it, anyway. A quarter’s worth of gas sounds like something an old timer would talk about, but it was the amount of gas I’d pump when I drove my tractor up to Herb’s. If you are new to our town, you don’t know about Herb’s.   You don’t know that’s what you’re supposed to call that place. You think it’s called something else, and you drive by it every day not knowing what you’re supposed to know. You don’t remember when Herb fixed my tractor muffler and the outcome was some sort of tall and wide custom muffler that looked like it should have been on a large farm tractor.  Except it was on my lawn tractor, the muffler big and pronounced and brownish red from rust. Imagine not knowing about that muffler and that tractor. I’ll bet you don’t even know that it was orange and that it had to crank a dozen or more times before it begrudgingly caught a spark.   It dawned on me just now that my own children don’t know about this, and yet, here I am, expecting newcomers to know what we call that gas station? How could they be expected to know when I didn’t even tell my own flesh and blood about this place. A quarter’s worth of gas sounds like it was pumped a long time ago but it was the 1990s. That’s hardly a decade or two, or maybe three ago.  If I moved to another town I’d find a gas station and I’d drive my car there in the mornings and I’d pump my gas. I’d buy a paper on the weekend and once in a while my wife would ask me to pick up something from the store to complete a dinner she was making, and I’d stop at the station and hope they had something that was a close enough match. I would live in that town and call the gas station what the sign read, but it would probably always bother me that I don’t know what the gas station used to be. I’d be the person who didn’t know what the other people called the place. I’d be one of them. Imagine living in a place where you didn’t know what the places used to be called.