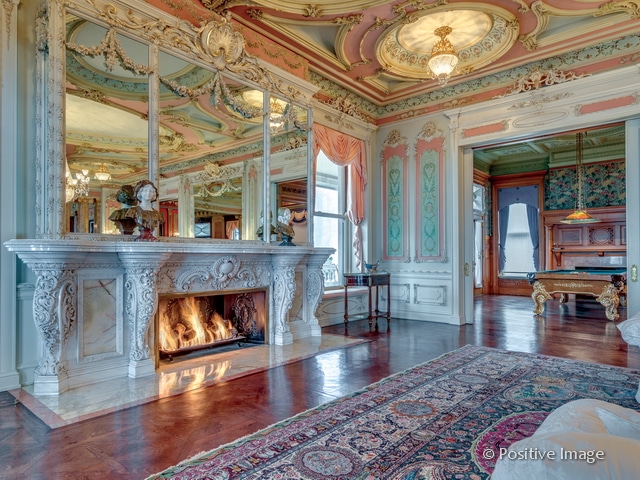 Over the course of the next few weeks we’ll discuss how 2016 treated the various segments of our vacation home market.  We know the year to have been a good one for these markets, but we’ll avoid the vagaries and dig into the details.  If you wanted vagaries, you could just visit the Facebook page of your favorite Realtor, assuming that I’m not your favorite Realtor, and if not, when what have I done to deserve such a low level of favor?   The markets we’ll cover will include the following segments:  Lakefront Condo, Lakefront Single Family, Lake Access Single Family, Geneva National, Abbey Springs, and the secondary condo markets comprised of Willabay Shores, Bayside Pointe, Abbey Hill and the Abbey Villas. Let’s get started.

The lakefront condo market has been covered in depth here. Unfortunately, even as I grasp the other markets with remarkable clarity, I have been routinely dumbfounded by the behavior of the lakefront condo market. I don’t know, exactly, why the market has stalled even while the adjacent markets have excelled.  I’ve speculated that perhaps it’s due to a shift in demographics. Younger buyers, more city buyers, those who don’t want to come to the lake to share a hallway.  Even today, eight years after the start of the last housing crisis, I’m not entirely sure why this market has failed to find favor.  With 2016 now closed out, it’s clear to me that the lakefront market has remained an enigma, and the market remains stalled.

Perhaps it’s inventory that creates the problem. After all, if nice things come to market they generally sell, whether they’re condominium or single family in nature.  I sold a beautiful condo at Eastbank for $1.2MM in 2015, but that condo was recently renovated and  absolutely, entirely turn key.  So is it purely a condition of the condition? If a unit is beautiful will it sell?  Does this buyer pool just detest the thought of renovating a confined space?  If we look to the 2016 condo sales, maybe there’s a clue.

In total, the lakefront condo market closed 8 units. That’s not terrific, but it’s not the worst thing, either. A unit at Vista Del Lago sold for $362,500. That’s troubling for Vista, as the development offered several nice units throughout 2016 and yet the only sale was in January of 2016, meaning that likely wasn’t even a 2016 contract, rather a carryover from 2015.  Geneva Towers had one sale at $644,500, a fine number for a reasonably decent condo there. Somerset, a small condo association just south of downtown Lake Geneva had two sales last year, one of a short sale for $725k (though I’m assuming the buyer had additional costs associated due to the way the MLS details are written), and another unit for $1,085,000. That was an upgraded unit, and any buyer considering entry level frontage would do well to consider available inventory at Somerset and at Eastbank.

Working West, Williams Bay had two lakefront condo sales, both at Bay Colony. One of a wonderfully renovated unit, one of a unit with more basic, older finishes. The upgraded unit had sold for $600k back in 2005 when it was in original condition. That buyer then renovated the unit and sold it, after years on market, for $510k in early 2015. That same unit sold for $525k in the fall of 2016 and that, in a nutshell, is the situation with most condos on Geneva Lake. Even in terrific condition they aren’t able to sell for their 2005 valuations. The other unit in that building sold for $415k to a buyer represented by yours truly.

In 2002 I sold a three bedroom condo in Fontana Shores for $427k. That was, at the time, a nice sale for the building and a nice sale for me. That same unit just sold in 2016 for $421,750.  The last owner kept that condo for 14 years and lost money on it. During the same period, a private lakefront home may have appreciated by as much as 50-75%. Lastly, my sale at Stone Manor. At $5,995,000, it was the most expensive condo sale in our market, and likely the most expensive condo sale in Wisconsin, ever. But it’s less condo and more residence, so I won’t dwell on it here. You know it sold. I know it sold. And that sale has no effect on the remainder of the non-Stone Manor condo market here.

12 months, 8 sales.  2015 fared only slightly better, with 9 prints for that year.  There were 11 sales in 2014. But none of this particularly matters. The take away is that the market remains in a difficult way, and I don’t see any catalyst that will change that. If entry level lakefront prices rise, and that entry level inventory remains low, then perhaps the condo market will benefit.  But what I think we’re seeing is a shift away from the condo model and towards single family, and the only thing that might interrupt that shift is rare value or rare inventory.   2016 should be a solid year for the lakefront condo market, but in this context I think sold would mean 7 or 8 sales in total. To expect more would be to expect a change from the status quo, and the condo market hasn’t proven it’s capable of anything but.