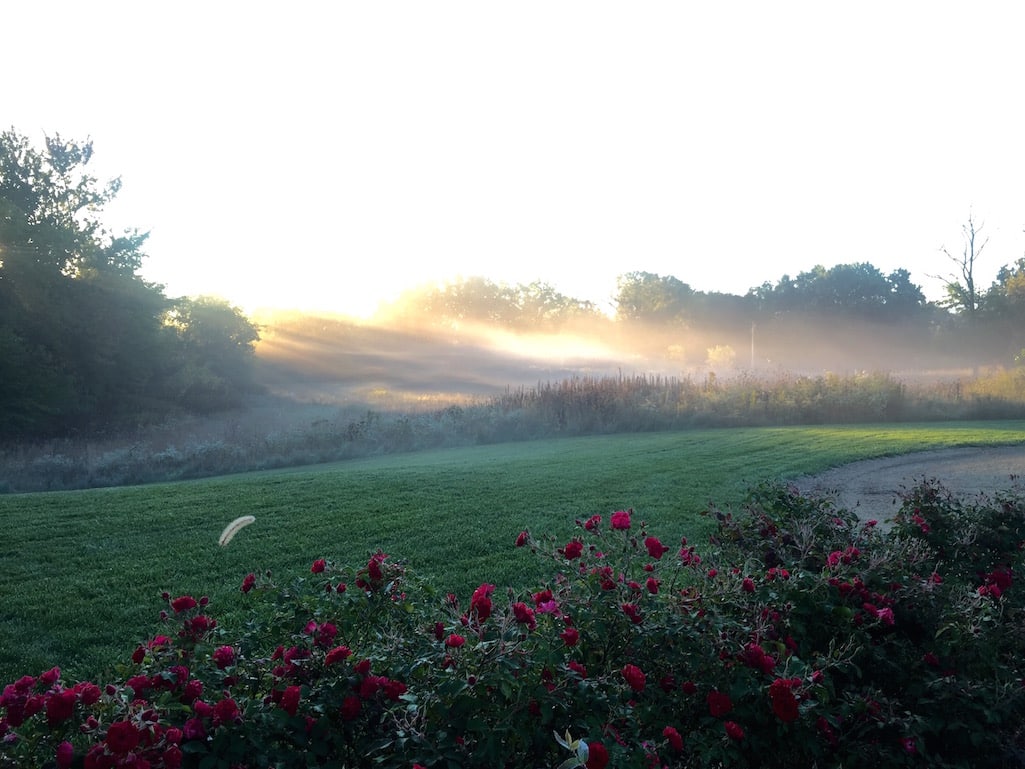 It should come as no surprise that there’s a competition to be what’s next. In this context, we should capitalize What’s Next.  If you own a business that makes money, or you own a business that has a lot of customers but fails to make money, you know about private equity. You know they want to buy your business, to pay you a multiple that makes your head spin. Should you sell? Probably.  Those in this investment world that are tasked with finding the next big thing. Recently,  everyone has collectively decided that real estate is that thing.

There’s no debate that the business of real estate is big. The debate is over what that business is going to look like in the future. Will traditional brokerages and their traditional models continue to dominate the national landscape? Or will there be something new, something else, something more.  SoftBank’s Vision Fund recently invested $400MM each in two real estate “tech” companies. One is Opendoor, one is Compass. If you haven’t heard of these two companies, don’t feel bad about it. In time, no one will remember either of their names.

But I jest.  Compass is a rapidly growing real estate business.  The founder was on CNBC last week and talked about his “platform”. There’s all sorts of “tech”, apparently. But what is Compass? Well, it’s a real estate company. What do they do? They list your home for a fee and then they try to sell it. What’s their secret? Nothing, really. They have signs that light up at night, which is cutting edge, or so someone thought. They also have proprietary technology that enables their agents to better serve their customers, and to provide AI insights into markets. This sounds nice, and the fine folks at SoftBank really bought it, but is Compass revolutionizing the real estate business?

Headlines out of Chicago will claim it is. That’s why top teams of agents are leaving @Properties and Sotheby’s and the like to join this new, exciting, dynamic company with the signs that have lights on them. You know, so people can see them at night.  Consumers might assume there’s something here. Something unique, something rare. Something New. But what they don’t know is that agents are being bought. Brokerages are being paid handsome amounts of money to sell to Compass. Agents are typically happy with some free calendars from the title company. Heck, I don’t even get those anymore. Compass is paying them real money to join their company, and in the case of top agents and teams, that might mean signing bonuses of a million dollars or more.

Compass doesn’t want to talk about this, because they want the consumers and their target audience, the agents, to think there’s something here. @properties did the same thing over the past decade as they grew a real estate behemoth. They told the market that they’re something better. Something rare. Something unique. But really they were a traditional real estate model banking on a consumer who was looking for whatever was next. Something New, that’s all this game is about.

Compass is growing, Compass is moving into your neighborhood, but why? The answer, as with all answers relating to the growth of real estate companies, is that they’re simply poaching agents. There’s nothing new under the sun, especially in a business where the entire business lives and dies on one simple thing: a real estate agent.  Every real estate company that grows only does so by taking agents from other companies. These agents flee what’s old, and move to what’s next. They send out postcards. They issue a press release. I’m What’s Next!

OpenDoor wants to buy your home, I think. They also just bought a traditional brokerage in California, or maybe Arizona, so they want to be in the regular business of real estate as well. Maybe they’re hedging their own business model, assuming not everyone will want to sell their home for cash at a market discount.  This model has been around for ions, or at least a few years, and it’s working. Opendoor is reinventing the business of real estate, or so they think. They’re just like Amazon and Uber, the CEO says.  They’ve raised fortunes, led by a who’s who in the world of investing, including a big fat investment of $400MM by SoftBank. SoftBank knows one thing, they want in on whatever is next. Is it Opendoor?

Opendoor has a current valuation over $2B, yet they only operate in 19 cities more than five years after their launch. Why aren’t they in more cities? Why aren’t they everywhere? Well, because the model relies on algorithms to determine the current value of your home, as well as the value of your home in the coming weeks and months.  Opendoor will buy your home, without a pesky agent, and without that pesky market exposure, and then, once you’ve moved out and closed your deal with them, they’ll resell your house for a profit. That’s it. They’re the modern day tech company that has replaced the yellow signs on the side of the interstate that promise “I BUY HOUSES CASH”.

The model works as long as the market is appreciating. It also works as long as the market has a very tight pattern of sales. Would Opendoor work in Lake Geneva? Not in a million years. Will it work in Winnetka? Nope.  Will it work when the market falters? No.  The reason is simple. When a market stalls, consumers generally fail to recognize the slowdown for a reasonably long period of time. They are defiant. They are insistent. They are stubborn. If OpenDoor needs to buy your home for a 5% discount to actual value today (in an escalating market), what will they offer you in a declining market? 90% of the value? 80% of the value? Will consumers be willing to sign on for this initial, deep cut, without finding out if the market is indeed as poor as OpenDoor is telling them? No, they won’t.

Compass closed their last round at a $4.4B valuation. In 2017, Compass closed $17B in sales. There’s another real estate company in these United States, one called Realogy. Realogy owns some brokerages that you may have heard of. Some small companies like Century 21, Caldwell Banker, Sotheby’s, ERA, Better Homes and Gardens, among others. Realogy is a publicly traded company with total 2017 sales over $500B. Realogy’s market cap? $2.5B. The world, it seems, has gone mad.

As a small independent broker in a small Wisconsin town, I’m not immune to the changes in the real estate business. Competition increases every year, and much of that competition comes to my office to beg me to work with them. They want me to be part of What’s Next. But in that, there’s an admission, and I can already see What’s Next. They don’t believe in their own models. They don’t think they have anything proprietary. Not Compass, not @properties, not OpenDoor, not Realogy. The real estate business, at the end of every long day, is only about one thing: A Real Estate Agent.  No matter the broker names, no matter the affiliation, the agents will remain. They’ll just change their name tags and wear a different color jacket, but if you think they’re somehow different because their sign has a nightlight on it, then you haven’t been paying attention.