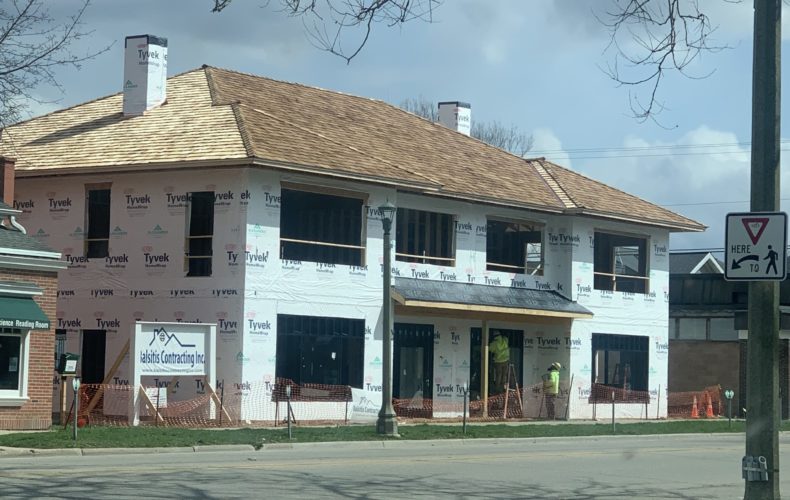 I don’t write often about local politics. If I did, I would have something new to write about weekly, as the local governments churn and sputter and clumsily plod towards some vague vision of their municipal futures. That sentence gave away my opinion of most in local government, but it also effectively describes my objection to the manner in which local politics are conducted. There is a general lack of vision as to what each of our prized municipalities should be (excepting Fontana, mostly). The reason there’s a lack of vision is because at the fundamental core of these local residents there is a lack of understanding as to what these communities actually are. Without understanding what you are, you cannot imagine where you should go. This is the problem with local politics and this is why I typically choose to avoid comment on the blundering matters that stumble their way into other local newspapers and blogs.

But this week, there was big news, and that news is that Lake Geneva has a new mayor. This is news because the incumbent mayor lost, and he is a local business owner so the general consensus was that he would win. He didn’t. This isn’t a post about him, nor about the new mayor, this is a post about some of the issues that have been plaguing the City of Lake Geneva. These issues, by the way, are the likely reasons for the mayoral change. And if that’s true, then perhaps the slimmest majority of voters were displeased with the direction that town is heading. Ah, but don’t you see the problem here? Do you remember why there’s an issue with vision? It’s because of an uncertain sense of identity. What is Lake Geneva, anyway?

There has been discussion of late about the need for low income housing in the City of Lake Geneva. I hear that and I understand the theoretical concern. But the concern has an interesting origin. The theory, as I’ve been told by town officials, is that if you build cheaper houses then you’ll attract younger families, and without younger families, a town dies. This is the theory that local towns, especially Lake Geneva, grapple with because they think it’s at once noble and bowing to the prevailing wisdom of small town demographic study. In practice, the theory is untrue. Young people do not move to a town because they found a cheap house with vinyl siding and vinyl floors and vinyl bathtubs. They move to a town because they found a job there. The previously unconnected (people who grow up here may very well stay, at least in small numbers) young people won’t come here and set up their primary homestead without those interesting and upwardly mobile jobs. You do not create a town by offering houses, you create a town by offering jobs. But we’re getting ahead of ourselves, because we’re not creating a town. We are a town, and it’s a town that is highly prized for its shoreline and abundance of natural, and built beauty. Why are people trying to change the town? Because they don’t fundamentally understand it.

With that understanding firmly framing this conversation, consider now one of the other issues the City of Lake Geneva is struggling with. That of the downtown boat launch. This boat launch exists in a most unfortunate location, but it’s the location where the municipality owns the lakefront, so the location makes sense. The City has been discussing a plan to move the launch into the Bigfoot Beach Lagoon (Ceylon Lagoon), and never mind that I first thought of this idea more than six years ago, it was a bad idea that I had then and it’s a bad idea now. Officials cite the congestion and danger that the downtown launch creates, and they’re right to find those concerns. But the solution to the problem is not to expand the launch in a new location, it’s to close the launch. Like forever. For good. Eliminate it. Status quo bias dictates that the reaction to this idea will be negative, but why should it be? Do you think the launch is a driver of revenue for a city with a $10MM (give or take) annual budget? If you think that, I applaud you for your ignorance. The City apparently profits somewhere around $20k annually on the downtown boat launch. In other words, it’s the key blight on its municipal lakefront and yet it generates hardly a penny of profit. This is why it should be removed. Leave or improve the existing pier and make it hourly parking for boat owners who wish to park and walk around downtown. You’ll make back your lost revenue in a passive manner, and you will beautify your downtown.

The communities will cry about this idea, saying the launch is out of their control, and that the DNR is in charge of it. But this is untrue as well. Who runs the launch? The City of Lake Geneva. Does the DNR require the city have a launch? As best I can tell, the answer is no. There is simply a requirement for the number of boats that can be launched on any given body of water in the state, and Geneva Lake far exceeds that minimum number. By eliminating the City of Lake Geneva launch you’ll eliminate pollution (ever watch a two stroke engine fire up?), eliminate another possible contamination point from introduced invasive species, eliminate traffic congestion and shore path walking danger, and beautify town. Who could view this as a negative? The solution to the City’s boat launch pain is to remove the launch. I fixed the problem.

The other ongoing issue that never finds a solution is the need for additional downtown parking. The problem with this need is that by the time cars find themselves downtown and in search of parking, the problem has already been created: traffic and congestion. This is why parking should be done outside of town, on the East side of town where the majority of our visitor traffic flows from. The solution is not a big, dumb parking garage. What a terrible idea that was, and continues to be. The solution is a parking lot on the East end of town, with a city owned trolley that brings day-trippers downtown. The city’s own economic development group owns several lots in the business park already. Take one of those lots, pave it. Put a gate on it (automated, no attendant) and charge $10 a day for parking. Run the trolly (a cool one, like the Grand Geneva’s) and have it loop from the parking lot to the lakefront every 10 minutes from 8 am until 8 pm Memorial Day to Labor Day. Will the plan make money for the city? I’m not sure. Will it benefit the city in every other possible way? Absolutely. Best of all, the up front capital required is a fraction of what a dumb suburban parking garage would cost. Kill any idea of a parking garage, build the parking lot, buy the trolly, hire a driver. People will love the convenience and downtown will benefit from less congestion.

The way Lake Geneva stays relevant for another 100 years is to embrace what it has been for the last 100 years. But while we’re embracing it, we need to improve it. Beautify town. Make the downtown sparkle. Make the lakefront sparkle, especially now that we have the launch removed and some traffic removed. Encourage outdoor dining. Beautify the landscaping. Improve the visual. I wasn’t able to vote in the last election because I don’t live in the City, but I’m in the process of voting for what I believe in with my own dollar bills. I’m building my new office (with two incredible condos available for sale, writing as the owner, not the broker), and I’m not doing it to make money. If I wanted to make money off of development in this town, I’d build cheap houses on the outskirts and stack them on top of each other. But I don’t find that rewarding because it doesn’t match my vision of what this city should be. My building has a cedar and copper roof. It has divided light windows. It has charm and character and it is undoubtedly high end. Why? Because that’s the vision I have for town, and I want to contribute to the improvement of this amazing place. The reason my vision is so clear is because I understand the past and I have no confusion as to the identity of this resort town. Embrace this valuable identity, pursue improvements based on that understanding, and abandon the status quo that says our town should contort to become something it never was never intended to be.