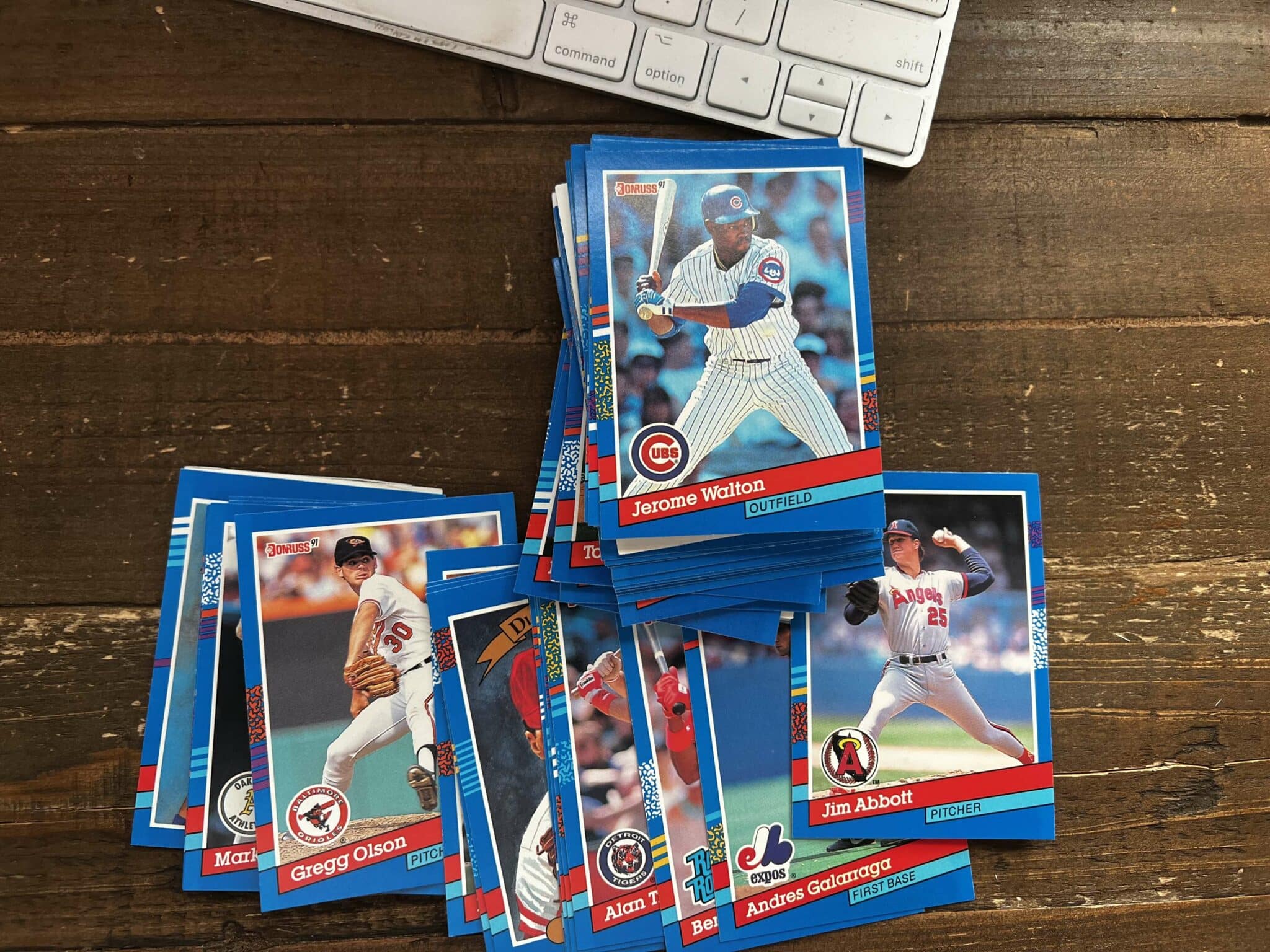 There aren’t very many things that I can do today that make me feel like I did when I was young. When I was young, I mowed lawns. Lots of lawns. I remember walking, or riding, with the whirl of the blades and the steady noise of the engine, the smell of exhaust in the air and of gasoline on my hands. What great thoughts I was able to think. My mind was free while my body handled the mower and walked those patterns. I thought of girls and cars and of school and of friends. I imagined all of the things that might be possible, thought through scenarios that might happen or had happened, and generally enjoyed thinking while I was working. Today, I still mow my own lawn, and while my dreams might be different they are still free and simple while the mower whirls and the grass flies.

For years, my older brother has gifted me and my younger brother one, or two, packs of unopened 1989 Upper Deck Baseball cards. For those of you who were between the ages of 9 and 13 in 1989, you know the cards. You know the Ken Griffey Junior rookie card that we all wanted so very desperately. You know the foil wrapper and the glossy cards that presented such a huge advancement over the dull Tops or Donruss wax packs. You know that we knew the Upper Deck cards were what was next. What an advancement, I thought as I stood in the Delavan K-Mart with $5, hoping to buy three packs but probably only two. Two packs of Upper Deck and the lovely strips inside a pack of Big League Chew. The excitement of opening those packs cannot be understood by my children. It was something you had to experience to appreciate, and I’m glad to have experienced it.

This Christmas, an unexpected gift from a friend brought me back to those years, even as my older brother once again produced his traditional packs of Upper Deck. My brothers and I opened those cards this week, pulling all of the players we grew up loving, watching, or at least recognizing. Keith Hernandez, Nolan Ryan, Vance Law, Kirby Puckett and Bo Jackson. Bo Knows, said my late friend Eric’s poster that hung in his childhood bedroom. But about this gift from another friend, it was an unopened box of 1991 Donruss, and I wasn’t prepared for the nostalgia that I’d feel when opening those packs. It should be the same as the annual nostalgia from the 1989 Upper Deck packs, but it isn’t. It’s different, and I’m glad.

1991 Donruss is a more traditional card, dull and ugly in spite of the splashes of blue and yellow, tucked away in a wax wrapper that has held up surprisingly well for these 31 years. I wasn’t going to open these cards, but after possessing the box of 36 packs for two days, I opened a pack. Bang, Ken Griffey Junior, caught by the photographer at the top of his sweet lefty swing. But it wasn’t the stars that did it for me, it was the other guys. Jerome Walton, the Cubs outfielder whom I likely mailed several cards with SASE and likely never received a reply. Julio Franco and Eric Davis, Hector Villanueva and Dante Bichette. A slim Mark McGuire was a treat, as was A’s catcher Terry Steinbach. Jim Abbot, with his one hand was something to consider. After two more packs, I pulled another Ken Griffey Junior card, which made me realize why these cards were more valuable in 1991 than they are today. After three packs, I stopped and tucked the box away on my office shelf. I could open more, but why? I decided to save them for another day, ideally a day that isn’t going so well. A day where life seems complicated and where I’m not exactly the person that I probably dreamt about being. On one of those days, I’ll open another pack to remember what it felt like to be 13, when I could read the fine print on the back with ease and dream about what I might someday become.