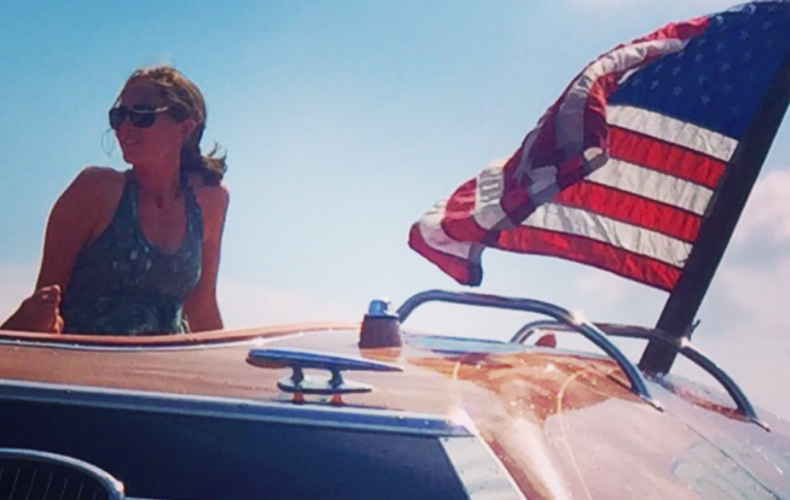 Nice things are problematic for me. If I have one nice thing, say, a really nice drill, then I should be pretty content. After all, I have a great drill. It can drill holes, screw screws, and this one has a flashlight built in and an ergonomic handle. What a drill. But that isn’t enough, unfortunately, because now I have a great drill but what sort of man am I if I don’t also have a nice coat? I have lots of nice coats, but none of them are like this other nice coat, the one I don’t have. Who could have such a great drill and not have a great coat? This is my problem, and it’s pervasive. It doesn’t stop at drills or coats or fly rods, it extends to real estate. The issue with real estate is that it truly separates the pretenders (me) from the bunch. I was going to say herd, but then I thought of herd immunity, and I’m so sick of anything related to corona-speak I’m trying to weed those words out of my life. Still, expensive real estate.

One of the things I like to do before bed is read a nice piece of classic literature. I jest, because what I really like to do before bed is open my real estate app of choice (rooting for Zillow’s bankruptcy over here) and think about far away places that I just might want to own real estate someday. Never mind that Lake Geneva will always be my most-of-the-time home, I can see myself spending a month here and there in another place. So I open my app and I look at the map and I scroll. Whitefish, Montana, why not? Beaver Creek? Of course. Nantucket, Turks, Maui, all in play in this fantasy land.

That’s all it is, for me, a fantasy. The pinnacle of residential real estate in the state of Wisconsin doesn’t afford such luxuries (but I can buy so many nice drills it would make your head spin), but that doesn’t stop me from looking. Last night I dabbled around Whitefish, where a super janked up three bedroom condo near a lift was $1.3M. A house nearby for $13M was robed in that miserable blend that the western realtors claim to be “Mountain Modern”. What that term really means is some trapezoid windows, a knotty alder kitchen, and some weird imported tile that covers every available surface of the master bath. These homes are dreadful, even if people from California and New York think they’re cool.

The night before I was in Maui, thinking that it might be nice to work on my surfing and also eat fish tacos for most of my meals. A condo that looked to have been decorated by Stevie Wonder (in partnership with Nate Berkus) was $4.8M. All 2100 square feet were included for that price. A house up on the hill by the condo was just reduced to $22M, down from $23M. A client of mine once told me that my problem was that I was selling on price. Price, he said, has nothing to do with sales. I asked him if he was interested in my 7 year old BMW, which I would gladly sell to him for $325k. My listing expired and it was not renewed (SPOILER: Another agent listed it and sold it for way, way, less than the seller originally sought).

Nantucket seems nice, after all, I think Williams Bay should make a real effort to turn itself into a Nantucket inspired village (don’t worry, they won’t. The only referendum the village will ever pass is to gold plate their school). I thought I could find a house there, fix it up, maybe then sell it to some nice couple from Boston. I found a pretty cool place with a pool and a tennis court and what appeared to be a 24″ wide gravel path that meandered for a half mile before it found the ocean. That house was only $10.5M. Shrugging that overpriced cottage off, I looked to town, to those gritty hydrangea lined streets. I found a cottage slightly larger than a hotel room that was listed for just $1.4M. It promised an easy walk to town, so that was something. After some deliberation in Nantucket, I escaped to Turks and Caicos and then retreated back to Lake Geneva after realizing my ideal beach house would set me back $30M.

Lake Geneva is an expensive real estate market. In fact, it’s easily the most expensive individual market in the Midwest. I’m not counting total sales in a zip code like the nerds at Zillow might. I’m counting the lakefront market as its own niche, and that’s a niche that hosts the highest values in the Midwest. Some buyers come here and don’t like the prices, so they leave, which is fine with us. But is Lake Geneva expensive compared to the other elite markets in this country? That’s not an accurate way to compare real estate, because for $800k you can buy a 1200 acre estate in Alabama, which has no bearing on the price of a condo in Maui. Even so, it seems to me that the same clientele who might bite off a slope-side condo in Beaver Creek for $6.5M is the same clientele who might take that vacation home budget to Lake Geneva, and in that, Lake Geneva might even look affordable. Why shouldn’t a world class destination support a world class valuation?